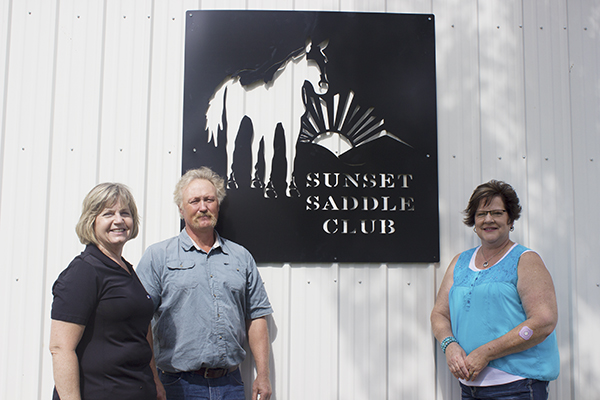 Just in time for the Freeborn County Fair, the Sunset Saddle Club has gotten some new signs from Lou-Rich.

Last year, Lou-Rich donated some laser-cut signs to the Hartland County 4-H Club for the 4-H building on the fairgrounds. 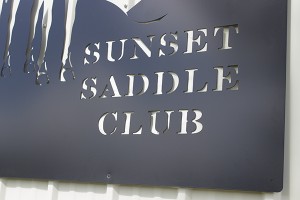 The steel signs that Lou-Rich donated to the Sunset Saddle Club are laser-cut and coated with powder-coat paint to keep them safe from the elements. — Hannah Dillon/Albert Lea Tribune

These signs were attached to he saddle club building by the Outdoor Arena on the fairgrounds. Bernice Mattson, saddle club member and “first lady” — her husband is the president of the club — said that the club was looking for signs for the building so people driving down Bridge Avenue would be able to see them and know what was there.

Mattson said that the building at the Outdoor Arena was built about 10 years ago and that the project was funded from fundraisers like food stand sales.

The donation of the signs coincides with the saddle club’s 60th anniversary. Mattson said that the saddle club is like a second family for its members, which include over 100 families from Freeborn, Mower and Steele Counties.

Mattson expressed that the saddle club is very appreciative of Lou-Rich’s donation of the signs as well as delivering the signs to the fairgrounds.

Jensen said that Lou-Rich is always happy to support the community.