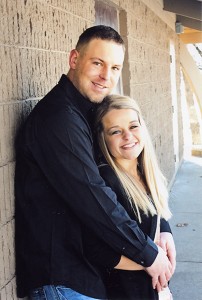 The bride is a 2006 graduate of Albert Lea High School and is employed by QPP in Austin.

The groom is a 2003 graduate of Albert Lea High School and is employed at Lou Rich.

A wedding is planned for Sept. 6, 2014, at Trinity Lutheran Church.