Respect for past can renew the Spirit of ’76

July 4, 1776, gave birth to perhaps the most revolutionary political document in the history of civilization, submitted by men who proclaimed, “with a firm reliance on the protection of divine Providence, we mutually pledge to each other our Lives, our Fortunes and our sacred Honor.”

Pretty heady stuff for a group of heroes who knew that their actions exposed them all to charges of treason, for which the penalty was swift and sure execution at the hands of the colonial masters whose authority they defied. 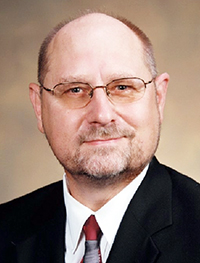 Indeed, during the Revolutionary War that followed this event, almost all of the signers of the Declaration of Independence lost their property; many lost their families or saw them waste away in imperial prisons. More than a few died in infamy, penniless and forgotten. All for the sake of the declaration; all for the sake of their “sacred honor.”

To understand what propelled America’s founding generation to take such drastic action, it is indispensable to reread what they believed “a decent respect to the opinions of mankind” required them to say, to “declare the causes which impel them to the separation.”  Consider Thomas Jefferson’s brilliant summary of American political theory:

“We hold these truths to be self-evident, that all men are created equal, that they are endowed by their Creator with certain unalienable Rights, that among these are Life, Liberty and the pursuit of Happiness. That to secure these rights, Governments are instituted among Men, deriving their just powers from the consent of the governed.”

Nothing captures of the Spirit of ’76 more than these words, whose relevance remains especially important for the generations that followed, because of their universal appeal and adaptability to different situations. For instance, the doctrine of “self-evident truths” assumed essentially that those who failed to understand certain moral precepts were somehow defective in their reasoning ability, or, to put it less politely, were moral idiots. Thus, anyone who reflected on such matters understood that all people were created equal in a moral or legal sense; that is before the law, and obviously not in terms of intellect or abilities.

Buttressing this epistemological point, however, was a situation noted by J. Hector St. John Crevecoeur, a perceptive French immigrant, whose “Letters from an American Farmer” appeared a half dozen years after the declaration, in which he noted, “Here are no aristocratical families, no courts, no kings, no bishops, no ecclesiastical dominion, no invisible power giving to a few a very visible one.”

Second, and perhaps most important, was the concept of rights, which were endowed by the creator upon individuals prior to the institution of government. That is, the American founders insisted on contract theory of government, whereby all individuals agreed among themselves to create a government whose sole justification was to secure those rights that pre-existed its establishment. That is, contrary to the contemporary assumption that government is the source of rights, the signers of the declaration believed that governments are constructed entities, a set of contrived offices; they have no rights themselves, only responsibilities.

And what is made by the people can be unmade. This government rests on consent of the governed, so when “a long train of abuses and usurpations, pursuing invariably the same Object evinces a design to reduce them under absolute Despotism, it is their right, it is their duty, to throw off such Government, and to provide new Guards for their future security.”

True, there is nothing comparable in America to the situation faced by the founders, who had to contend with the depredations of a relatively mild-mannered monarch, King George III.

However, in some respects, our contemporary situation is worse because American government is immensely more powerful than what George Washington and company had to face. Britain, though great in its time, was at least beatable as the historical record shows, but the federal behemoth today is virtually unconstrained by the constitutional safeguards brought about by the victorious devotees to the Declaration of Independence and the U.S. Constitution that followed it. The British were outraged by American opposition; today’s federal government snickers at it, and regards those who hearken back to the country’s roots with contempt.

Is there a way out? Yes, and that way is the Declaration of Independence. After all, a decent respect for its moral principles — God-authored rights, equality before the law, contract theory of government — demands our attention, claims our reverence. And, in the final analysis, our sacred honor. This truly is the Spirit of ’76.

Marvin J. Folkertsma is a professor of political science and fellow for American studies with The Center for Vision & Values at Grove City College. The author of several books, his latest release is a novel titled “The Thirteenth Commandment.”