Memorial services for Robert “Bob” C. Shideler will be at 1:30 p.m. Wednesday at First Presbyterian Church in Albert Lea. The Rev. Dwight Netzer will officiate. Military honors will be accorded by Albert Lea veteran’s organizations. Friends may visit from 5 to 7 p.m. today at Bonnerup Funeral Service in Albert Lea and one hour before the service at the church. 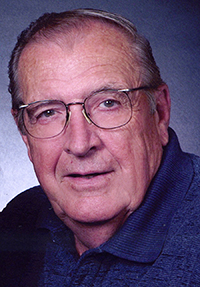 He graduated from high school in Rock Falls, Iowa.

Bob served our country in the U.S. Army from January 1957 until his honorable discharge in December 1962.

He married Dolores Zoller on Jan. 29, 1961, at Grace Lutheran Church in Albert Lea.  To this union, one daughter, Ann Marie, was born. They had lived in St. Louis Park, where Bob ran a Mobil Gas Station. They later moved to Albert Lea, where Bob worked for Wilson & Co.

In his more recent years, Bob had sold insurance for Farm Bureau and was presently working at Cargill.

Bob was a member of the Masonic Lodge, the Eagle’s Club, the American Legion and First Presbyterian Church.

He was preceded in death by his parents; his wife, Dolores; and sister, Mardella.

Bob’s family, who he so enjoyed spending time with, will lovingly remember him. His quick, sharp sense of humor will never be forgotten.