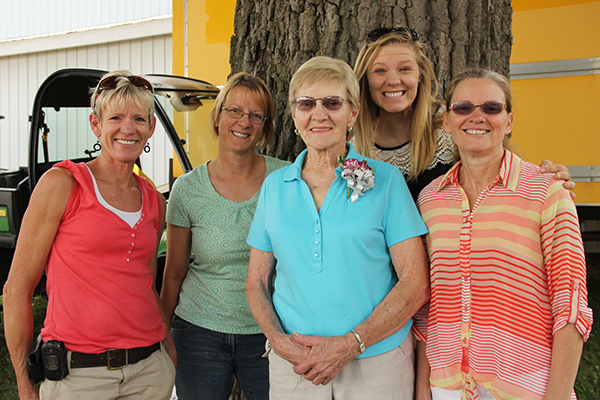 Bernice “Perk” Monson, a former school teacher and receptionist, was the Alden Volunteer of the Year in 1999.

“She exemplifies what volunteerism is in our community and gives without asking for anything in return,” said Carrie Paulson, director of the Retired and Senior Volunteer Program.

The RSVP director presented Monson with an award after giving an example about her involvement in Meals on Wheels in Alden.

Paulson said in the past the drivers for Freeborn were unable to deliver meals because of health reasons, so Monson stepped in to deliver those meals three days a week for three months.

“We are grateful for her service and willingness to give of herself for the benefit of others,” Paulson said.

She donates blood five times per year, encourages students to read weekly at Alden-Conger School and helps direct traffic during the Freeborn County Bike-A Thon, among others.

“Bernice always says ‘yes’ and is willing to help out whenever a neighbor is in need, or the community needs help for anything,” her nomination form reads.

Paulson said 390 volunteers from Freeborn County have provided more than 20,000 hours of service from January through July.

Monson encouraged people who aren’t volunteering to give it a try.