What does it take to end poverty? 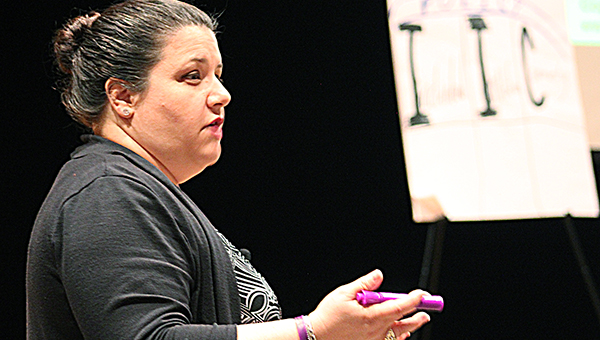 It takes the whole community to stop poverty. 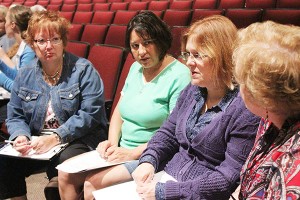 As part of the kickoff of Leaders Partnering to end Poverty in Freeborn County, Pfarr said she believes poverty is caused by four major areas: the individual, institutions, human exploitation and political and economic structure.

“All of these contribute to why you see poverty,” Pfarr said.

She said the community has to address poverty from all four areas to slow it down. Pfarr gave two presentations at the school, and the community was invited. They were sponsored by the Grand Rapids-based Blandin Foundation.

Pfarr also looked at the effect social class can have on viewpoints.

Sara Barnes is on the steering committee for the effort, termed LPEP, and said she was struck by several things Pfarr said. She said she thinks it will be beneficial to bring multiple classes together.

Pfarr said she came across several things in Freeborn County similar to other counties. She said many people want to focus only on an individual’s behavior but need to focus on much more.

Daphne Hamborg, pastor at Bear Lake Concordia and St. Paul Lutheran churches, said she appreciated knowing what can contribute to poverty and hopes to help reduce it.

She said she first became involved with the issue last summer.

“I didn’t realize how serious and profound a problem we had,” she said. “I have been praying for an avenue to help.”

Ann Austin, executive director of the United Way of Freeborn County, said she was encouraged by the variety of community members who attended the event and she hopes even more will get involved.

“We have to restructure how we look at solving problems and be honest about what’s working and what’s not working,” Austin said.

The purpose of Leaders Partnering to End Poverty is to deepen the understanding of poverty-related issues and to ultimately form a focused community effort to impact them. It is designed for community members of all income levels who are engaged in the community and who are passionate about ending poverty.

The first capacity building workshop will be Sept. 9.