Albert Doubek, 81, of the Villages in Albert Lea, formerly of Sioux Falls, S.D., died August 21, 2014, at the Good Samaritan Center in Albert Lea. 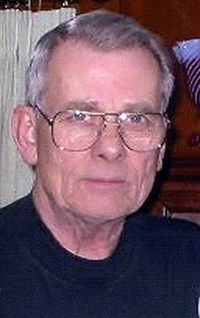 There will be no service. Private interment will be at the Memorial Gardens Cemetery in Sioux City, Iowa.

Albert was born December 31, 1932, in St. Cloud, to John and Anna (Hromatka) Doubek. He married Ivadell (Ivy) DeStigter on June 25, 1959. He was a graduate of Foley High School in Foley, Kahler School of Nursing in Rochester, and Ottawa University in Ottawa, Kan. and the Mayo Clinic School of Nurse Anesthesia in Rochester.

He was past president of the South Dakota Association of Nurse-Anesthetists, a board member and vice-president of the American Association of Nurse-anesthetists. He was employed in the medical field for over 40 years. The most recent was for 32 years at Sioux Valley Hospital, Sioux Falls, S.D., where he was the Administrative Director of surgical services retiring in May of 1996. He also served in the United States Air Force as a Nurse Anesthetist.

He is survived by his brother, Joe (Leila) Doubek of Brunswick, Maine; sisters, Kathie (Philip) Rogers of Albert Lea; Patty Svihel (George Holasek) of Foley; sister-in-law Joan Doubek, of Foley, and many nieces and nephews.

He was preceded in death by his parents, his wife Ivadell in 2003, his brothers, John and Frank, and his twin brother Edward in 2011.