Albert Lea gets in the blood 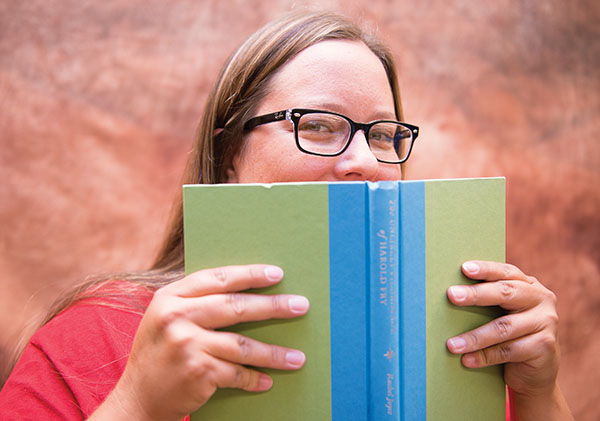 I am a born and bred Alean. That’s what my brother believes Albert Leans should be called.

If you dare to ask him (and I’m not sure I would recommend it), he probably has a prepared argument for the nickname change: A. the school mascot as an oval onyx-eyed alien set against a backdrop of black, silver and neon green B. “Space Oddity” will replace “Eye of the Tiger” C. the abduction/invasion cheers would be epic. At some point in his irrelevant sales pitch you will be swayed. Once he has you hooked, he’ll shrug and casually add, “It’ll never happen.”

There are two important and contradictory points to make here. First, my brother’s favorite pastime is laughing at my romanticized version of the world. So, coming up with a cohesive and whimsical theme like Alean/Aliens is smack dab in the middle of my wheelhouse. I go all in. And much like Charlie Brown I always believe that this time I will connect with the football, until I’m flat on my back. Good grief. 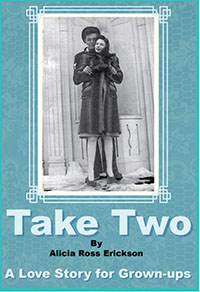 The second point is that I wouldn’t actually want any of it to change. Albert Leans love their Tigers even when they don’t make sense. Tigers are orange and black, not a fabulous cherry and blue combo. We. Do. Not. Care. And if you try to come at us with logic we will drown out your protests in “Go Big Blue” chants.

Albert Lea gets under your skin and into the blood. It’s hard to leave the idyllic Land between the Lakes.

Alicia Ross Erickson, sister of famed Marion, knows all about Albert Lea’s siren song. In her memoir, “Take Two: A Love Story for Grown-ups,” she returns more than once despite making a vow on Nov. 4, 1944, to never come back. It is a date that turns out to be the fulcrum of her life’s story, which begins with a letter: “Nearly a half century after receiving a letter that broke her heart, Alicia Ross Erickson reunites with her lost sailor in this true story of faith, hope and love.”

I’ll warn you now, this is a tale where truth is stranger than fiction. Everyone I’ve told the story to has responded with disbelief and awe. And if you live in Albert Lea and know me, I’ve probably told you the story. If you don’t know me, I may have told you anyway. I can’t stop talking about it actually. The book gives her voice a storytelling tone like that of a personal letter. It is a narrative that is aware of its reader thus making the reader part of the storytelling process.

So even though I don’t personally know any of the real-life characters, it feels like Ross Erickson has introduced us in the narthex of a church after service. It is intimate and warm and feels like a community. The story belongs to me. And once you read it, it will belong to you, too.

Another effect the intimate narrative has is its ability to create a bond between writer and reader. You care about big political issues because she has humanized them. Ross Erickson’s commentary is about how people with mental health disorders are treated. The issue is a natural consequence of her story, never once does she use her book as a platform.

Of her lost sailor, Larry, she says, “Sometimes I thought Larry was treated as though he were a non-person, invisible.” She does not preach but rather she reports her and Larry’s experience: “I have a list of 40 medications he took while we were together, and they range from inhalers and pain relievers to anti-psychotic drugs and anti-anxiety medications. I knew it wouldn’t be easy, and I accepted that reality. Ours was a love story for grown-ups.”

She does not claim expertise but through her own ability to sympathize with human suffering she gives a voice to those who may not be able to advocate for themselves.

For all us Aleans, the book was a delicious treat of recognition; I know that street and house and store and beach and celebration. It was one constant a-ha moment after the other.

For example, Ross Erickson marched in the Armistice Day parade for Cap Emmons when the “notorious November 11th storm” hit Albert Lea. That sentence is so packed with local history it should be on display at the Freeborn County Historical Museum right next to teacher James Haney’s junior humanities student pretending to churn butter.

Albert Lea resident Angie Barker is an avid reader and has a degree in English literature from Minnesota State University, Mankato. Email her at zoller@hotmail.com.