De’Ann Huisman and the late Sterling Huisman of Albert Lea and Erin and Jean Ingvaldson of Mesa, Ariz., announce the engagement of their children, Patricia Biggins and Tory Ingvaldson, both of Albert Lea. 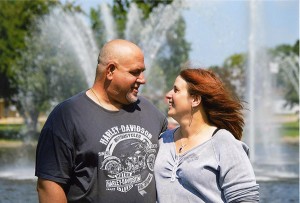 The groom is employed at Albert Lea Electroplating and is a 1987 Bloomington/Kennedy High School graduate.