Lynn and Shana Butler of Northwood and Dave and Sandy Nelson of Gordonsville announce the engagement of their children, Marlee Butler and Zach Nelson. 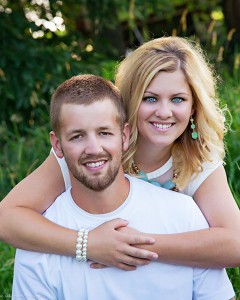 Marlee is the granddaughter of Steve and Pat Smith of Northwood, Gary and MaryAnn Christianson of Northwood and the late Carroll Butler.

Zach is the grandson of Larry and Janice Lestrud of Albert Lea and Dennis and Donna Nelson of Glenville.

The bride is a 2010 Northwood-Kensett High School graduate and is employed by Manly Nursing and Rehab in Manly, Iowa.

The groom is a 2009 Glenville-Emmons High School graduate and graduated with a technician diploma from Minnesota West Community and Technical College in 2011. He is employed by Highline Construction in Paynesville.