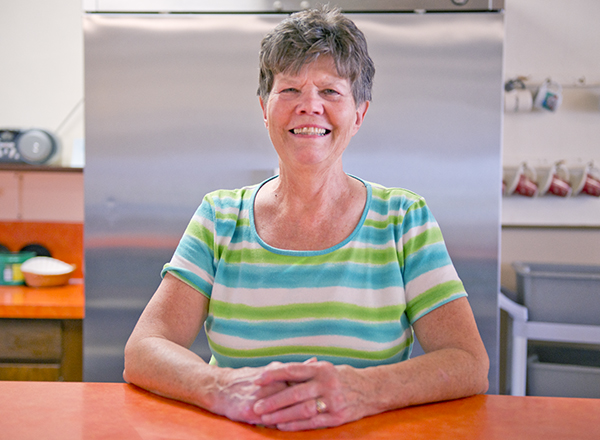 Judy Hendrickson has owned and worked at Village Inn in Hartland since 1985. She plans to retire at the end of this year, and if the building isn’t bought in the meantime the business will close when she retires. – Colleen Harrison/Albert Lea Tribune

HARTLAND — Almost 30 years of business is just about enough for Judy Hendrickson.

Hendrickson, 68, has owned Village Inn since 1985 and plans to retire at the end of this year. Before running her own restaurant, she was a housewife and then worked at the Mill Inn restaurant in Freeborn, which is no longer open. She said neighbors and friends in Hartland encouraged her to open her own restaurant in the same location it occupies today.

The café, at 512 Broadway St. in Hartland, is currently for sale and has been since Aug. 1 of last year, and if it isn’t purchased by December the business will close. 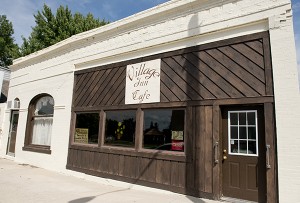 Village Inn, 512 Broadway St. in Hartland, has been for sale since Aug. 1, 2013. – Colleen Harrison/Albert Lea Tribune

“It’s time,” said Hendrickson, when asked why she’s retiring. Her husband, Jim, has been retired for a few years and she looks forward to spending their retirement together, hoping to take trips and get back into long-neglected hobbies like gardening and quilting. The couple also has three adult children, eight grandchildren and a great-grandchild on the way that Hendrickson plans to spend more time with.

She said the community has been supportive of her decision, but is sad to see her go and hopes something else will keep the building in business. When Hendrickson cut back her hours to having the restaurant closed on Saturdays earlier this year, her faithful patrons were very understanding.

“They told me, ‘It’s time you enjoyed your weekends,’” she said.

Over the years, despite the drawback of long and numerous hours of work, Hendrickson has always enjoyed being amongst the people in her community through working at the café. She employs six part-time employees, and on the days she’s at the café she does most of the cooking. All of the food at Village Inn is homemade, and Hendrickson said the crowd favorites are the homemade pies and barbecued ribs.

With it being just her and her husband at home, Hendrickson plans to take a bit of a breather from cooking for so many people.

“Maybe I’ll miss some of that, maybe not,” she said.

Hendrickson said she will absolutely miss the incredible support she’s had from all of the businesses in the community. She said that businesses like L&D Ag and High Yield Products Inc. have been especially supportive.

When asked what she’ll miss the most about her time at Village Inn, Hendrickson answered without hesitation.

“The people,” she said. “This community’s been good to me.”