Funeral services for Charles P. Long, 85, of Albert Lea will be at 10:30 a.m. Friday at the Bayview/Freeborn Funeral Home. The Rev. Kent Otterman will officiate. Interment will be in Hillcrest Cemetery with military honors accorded by members of the American Legion and VFW Honor Guard. Visitation will be from 5 to 7 p.m. Thursday at Bayview/Freeborn Funeral Home and one hour prior to the service on Friday. Online condolences are welcome at www.bayviewfuneral.com. 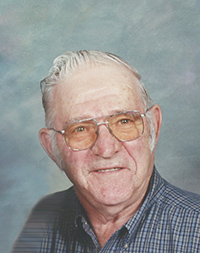 Charles Peter Long was born Feb. 23, 1929, in Chicago, the son of Aloysius and Elsie (Beck) Long. At the age of 2 he moved with his family to a small farm near Finlayson where he grew up and went to school.

In 1946 Chuck joined the U.S. Army Air Force. He trained as an aircraft mechanic in San Antonio. During his time in the service he was stationed in Biloxi, Miss., Manchester, N.H., Roswell, N.M., and Cape Cod, Mass. Chuck was in Roswell when a UFO famously crashed in the desert outside of town. He served as a mechanic of the P51 Mustang. In 1949 Chuck was discharged and worked a few odd jobs before going to auto mechanic school in Mankato. Following this he came to Albert Lea.

On Sept. 7, 1963, Chuck married Ilo Yvonne Flugum at Lunder Lutheran Church. He worked for UBC as a yard man for several years, was self-employed doing craft work and worked for Standard Oil.