Don A. Johnson, 71, died unexpectedly Tuesday, Aug. 19, at his home in Albert Lea. He recently retired from a long and distinguished career practicing law and was enjoying fishing, reading mystery novels, woodworking, cooking, traveling and visiting his family in his retirement. 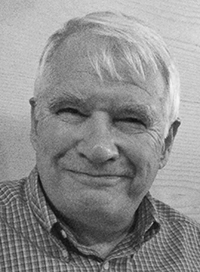 Don was born Dec. 8, 1942, in Minneapolis, the son of Selmer and Mary (Empanger) Johnson. He grew up in Hopkins and was baptized at Faith Presbyterian Church. Don graduated from the University of Minnesota with both a bachelor’s degree and juris doctor. He married Mary Ellen Alt Aug. 28, 1966, in Hammond, Ind. In 1967, they moved from Minneapolis to Albert Lea where he joined a law firm that eventually became Christian and Peterson, P.A., practicing there his entire career. Don was a community leader, member of the First Presbyterian Church, longtime Lion’s Club member and trusted friend of many. He wielded a great and dry sense of humor.

He volunteered his time and energy with Habitat for Humanity, Readers’ Theater, the American Cancer Society, Destination Albert Lea and the Boy Scouts. He enthusiastically supported the Minnesota Lions Eye Bank and worked countless games at the Lions Bingo Booth.

Don was preceded in death by his parents Selmer and Mary Johnson and his brother-in-law Edward Alt.

Funeral services will be held at 10:30 a.m. on Tuesday at the First Presbyterian Church in Albert Lea. Interment will be at Graceland Cemetery. Visitation will be from 4 to 8 p.m. on Monday at Bonnerup Funeral Service and one hour prior to services at the church. In lieu of flowers, memorials may be directed to the Minnesota Lions Vision Foundation, Habitat for Humanity or a charity of one’s choosing.