Michael and Deanna Hutchins of Albert Lea, and Maria Tonkin of Ellendale and George Tonkin of Waseca announce the engagement of their children Samantha Hutchins and Jordan Tonkin. 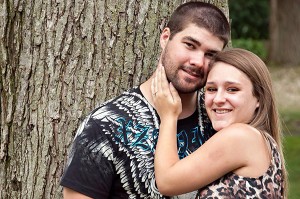 Samantha is the granddaughter of Ronald and Donna Rosenberg of Albert Lea, Jerry and Jane McColloch of Albert Lea and Michael and Nancy Hutchins of rural Albert Lea.

Jordan is the grandson of Nancy Spurgeon of hope, Gaylord and Judy Spurgeon of Penn Valley, Calif., and Rich Holz of Fort Walton Beach, Fla.

The bride is a 2011 Albert Lea High School graduate and works at Wells Fargo.

The groom is a 2010 NRHEG graduate and works at Lou-Rich.