Funeral services for Larry D. Prantner, 67, of Myrtle, will be held at 2 p.m. Tuesday at First Lutheran Church. Kyle Fever will officiate. Burial will be private. Visitation will be Monday from 4 to 6 p.m. at Bayview/Freeborn Funeral Home and one hour prior to the services at the church. Military honors will be accorded by the Albert Lea American Legion and VFW Organizations. Online condolences are welcome at www.bayviewfuneral.com. 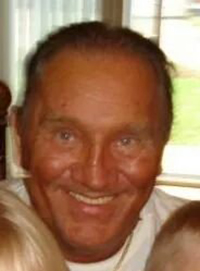 Larry Dean Prantner was born on Aug. 13, 1947 in Albert Lea, the son of Milo “Mike” and Evelyn (Mudra) Prantner. He attended and graduated from Glenville High School and attended two years college in 1991 for Environmental Services. Larry served his country in the U.S. Navy during the Vietnam War. During his service he was awarded the Vietnam Campaign Medal, the National Defense Service Medal, the Vietnam Service Medal with silver and two bronze stars and the Navy Unit Commendation Medal. He was employed by Queen’s Products and Farmstead, and in his later years he was employed by Wal-Mart. Larry enjoyed gardening, spending time with his family and friends, splitting wood and looking at vehicles with his father-in-law, fishing, painting, crafting with leather, riding his motorcycle and trying out new restaurants and recipes. He was a member of First Lutheran Church where he served as an usher for many years, the Elks Club and the local AA organization.

Larry was preceded in death by his parents and his niece Amy.