Memorial services for Merlyn Dean Peterson of Albert Lea will be at 10 a.m. Saturday at Bonnerup Funeral Service in Albert Lea. The Rev. Richard Spande will officiate. Friends may visit with family one hour before the service at the funeral home. 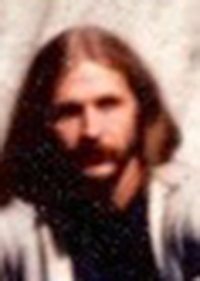 He was born Dec. 29, 1955, in Austin, the son of Gilman and Martha (Simon) Peterson. He was baptized and confirmed at Silver Lake Lutheran Church in rural Northwood.

Merlyn was able to hear, and within a few minutes, had the gift to duplicate any music he heard.

He could pick up almost any instrument and be proficient at it in a very short time. Guitar and keyboards were his favorites. He was also a very gifted vocalist. His passion included all genres of music and he had an incredible talent.

Left to cherish his memory are two brothers, Ervin (Mary) Gerber of Walters and Gordon Peterson of Lake Mills; two sisters, Helen (David) McNary of Marshalltown, Iowa, and Darlene Holdgrafer of Twin Lakes; and many nieces and nephews.

Preceding him in death were both of his parents, Gilman and Martha Peterson; his brother, Robert Peterson; and a nephew, Brandon Peterson.