Mike Nelson of Albert Lea and Teri Nelson of Rochester announce the engagement of their daughter, Amanda Nelson, to Travis Griffith. 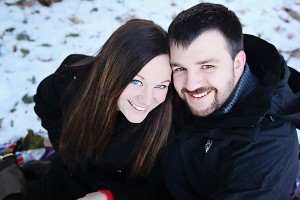 Travis is the son of William and Joann Griffith of Aurora, Neb., and is the grandson of Eugene and Gwen Griffith of Marquette, Neb., and the late Jerry and Patricia Kier of Oxford, Neb.

Amanda is the granddaughter of Richard and Corky Robinson of Worthington and the late Sandra and Jon Nelson of Hayward.

The bride is a 2007 Albert Lea High School graduate and graduated with a Bachelor of Science degree in social work. She is employed by Scott County Health and Human Services.

The groom is a 2006 Aurora High School graduate and is employed as an assistant general manager at Menard’s.