Philip S. Tennis was born on August 25, 1928, in Hayward, the second of five children born to Albert and Christine Tennis. His early years were spent on a family farm on the edge of Hayward. In 1938, the family moved to the farm north of Hayward where Philip spent the remainder of his life.

Philip started school in a two-room school in Hayward. After the family’s move, he attended a one-room school for grades 1 through 8. He attended Albert Lea High School and graduated in 1946. Philip was aware of the importance of public education to the functioning of citizens in local and wider society. He spoke respectfully about the important role that the country schoolteachers played in the community, many of them women. His mother, Christine, was a country schoolteacher and much of his love of education and reading came from her. He often spoke about her knowledge and training and respected her wisdom. She was — like many children from immigrant families — bilingual and had also studied German and Latin in Teachers College. She had learned some Bohemian to communicate with some of her young pupils. Regarding the one-room school experience, he described how children would study their own lessons while listening to the lessons of other grades in the school, learning from both. Philip was an avid reader, beginning in grade school. His love of history was evident in the books that he listed as his favorites. He had a broad range of interests and a great curiosity about life, reflected in his passion for learning and reading.

Philip was baptized and confirmed at Hayward Lutheran Church. He was united in marriage to Edith Reimann on July 20, 1949. Together, they raised a family of six children, all of whom were educated within the Albert Lea Area Schools.

From an early age, Philip worked on the family farm throughout the seasons. He was an active member of 4-H, showing Guernsey cattle at local and state fairs. He and his children continued showing at local fairs, the Minnesota State Fair and national shows in Madison, Wis., and Louisville, Ky. Philip also served as a dairy judge at various cattle shows and fairs.

Philip was involved with sports from an early age including baseball, football, wrestling and boxing. He continued playing baseball for the Hayward baseball team into adulthood. He and his wife were well-recognized supporters at the sporting events of both their children and grandchildren. Within his family and also at church and at local community events, he shared his great passion for music, especially singing, which he particularly enjoyed with his family. His renditions of certain songs at family reunions became legendary. He and his wife sang for many weddings and funerals over the years. Philip later sang with the Hayward Men’s Quartet and the Caryaires. 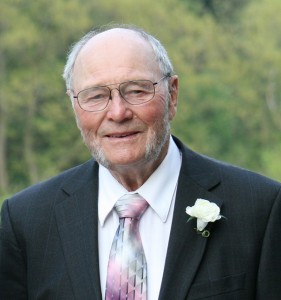 From 1957 to 1992, Phil and Edie ran a rural dairy operation, milking 60 cows and farming 900 acres. Phil farmed in partnership with his father initially and later with his son, Wes. When Phil and Edie retired from full-time farming in 1992, he continued to play an active role in the farm operation.

In addition to his work on the farm, Philip was committed to public service. He served on his church council, holding various offices. He also directed the senior choir for many years. Philip served on the Albert Lea Area School Board of Education for nine years during the 1970s. Also during this time, he served five years on the Austin Junior College Board and five years on the Advisory Committee to the Institute of Agriculture at the University of Minnesota. In later years, he worked with the committee that promoted the building of the new Albert Lea High School.

In 1980, Philip was appointed by the Secretary of Agriculture and approved by the Congress of the United States to be chairman of the Minnesota State Agricultural Stabilization and Conservation Service, a group charged with administering the farm program for the state of Minnesota. He was a Farm Bureau member and served on boards including the Minnesota State Guernsey Association, the District Guernsey Association, Freeborn County DHIA, county boards and the American Guernsey Association from 1985 to 1990, during which he served a term as president. He served on the Freeborn County Executive 4-H Leaders Council. He was active in local, state and national political activities.

In his words when asked if he had ever made a sacrifice that made a lasting impression on him, he commented, “I don’t have a specific on sacrifice. I believe it is a manner of sacrifice by doing extended public service — but it is also rewarding and definitely fulfilling.”

In 1993, Philip took on a new role as the Freeborn County ditch inspector, a position he held for 19 years. This allowed him to use his knowledge of agriculture and land in a productive way. It also kept him in contact with a broad range of people across the county and state, which he enjoyed immensely. He retired from this position on Dec. 31, 2013, but was called back into service to help mentor the newly appointed ditch inspector.

Throughout his life, Philip demonstrated an ability to share history through storytelling. He had an encyclopedic knowledge of family relations and history of families going back several generations. His interest in his own family history led him and his wife to visit Norway twice, in addition to several other trips they enjoyed over the years. He especially enjoyed the history that was a part of their trips to Egypt and Israel.

Philip respected a good mind and knew that educating oneself — through experience, work, reading and cooperating with others — was key to personal development and the basis of constructive participation in society. He availed himself of the opportunity to study via classes at Austin Community College and University of Minnesota agricultural seminars. In later years he was an appreciative Elder Hostel participant in a number of different locations across the country.

Philip died in an accident on his farm on Aug. 3, 2013. His wife, Edie, survived him for one month. He is survived by his six children: Barbara, Becky, Mary, Brad, Cindy and Wes, their spouses, 11 grandchildren and 5 great grandchildren. Philip was an extraordinary and loving man. When asked once what he had done that made him the most proud he responded that it was hard to say just one thing so he listed three: to see the family grow successful careers and families, to take part in local, state and federal government and to work with people and youth, to give youth a chance to participate in music, sports and 4-H.

Philip was a loving family man and a committed supporter of his community.