Roll with the rock: Bad Monkey just keeps on playing and playing 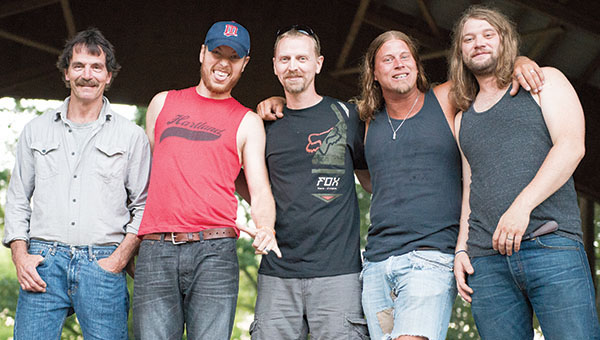 Bad Monkey has rocked stages in and around Albert Lea for years, playing renditions of popular rock songs. The five members who play in the band are passionate about music and what they do, even though they all have separate lives, careers and families. 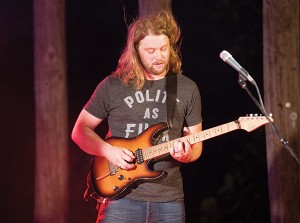 Albert Lea Magazine caught up with the band during the Matt Felt/Dillon Gordon Cancer Run after ride party at Harmony Park in Clarks Grove.

Bad Monkey has been around for 35 years, according to Seth Larson, lead vocalist for the band.

The band members live, work and play around the Albert Lea area. Sather and Larson are from Albert Lea. Hering hails from Faribault. Wallin comes from Owatonna, and Madson is from Hartland. 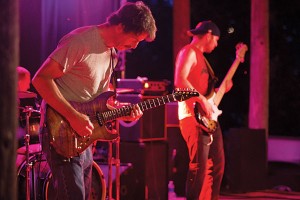 Now they play shows around the state at festivals, benefits and holiday events, among others. The band’s active Facebook page, www.facebook.com/BadMonkeyRocks, displays gig after gig, which shows how active this band is.

Over the summer the band played at not only the Matt Felt/Dillon Gordon Cancer Run but also the Geneva Cancer Run, the State Fireman Bash in Owatonna and at the Big Island Grille & Bar, among others.

Larson said that the band has been playing at the Matt Felt/Dillon Gordon Cancer Run after ride party at Harmony Park for a long time. The band donates their time to the benefit and said they always have a good time there.

Larson said the band draws influence from bands like Pearl Jam, Led Zeppelin, the Red Hot Chili Peppers and Sublime. On the band’s Facebook page a long list of songs includes numbers by the Foo Fighters, Steppenwolf, Collective Soul, Jet and 3 Doors Down. The band plays covers of these bands as well.

These genres range from alternative rock to psychedelic rock and even something called garage rock revival. 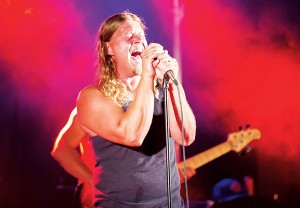 Although the five guys rock the stage and rock it often, they have jobs and lives outside of their music. Larson builds houses, Madson is an accountant, Wallin is a computer technician, Sather does upholstery for John Deere and Hering is a janitor at Albert Lea High School.

Besides music, the band said they like to do outdoors activities like hunting and camping — but most importantly fishing, fishing and more fishing.

Larson also said that the members are all “family guys” as all of the members have families of their own.

Through it all, Larson said the band has had a lot of ups and downs but always comes out on top.

“We like what we do a lot,” Madson said.

It’s clear that the group is tight-knit even though they all have separate lives and jobs, Larson said. “We pour our hearts out.”