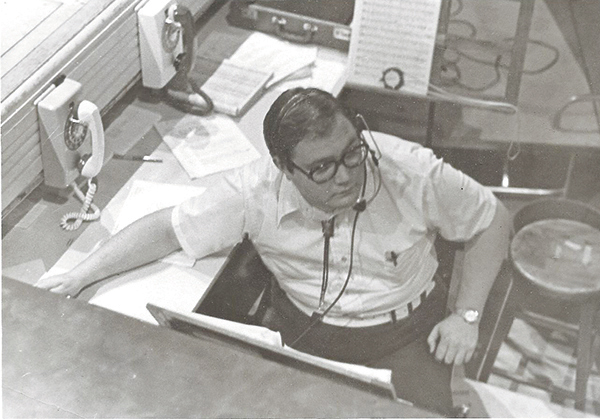 ‘Work wasn’t work to him; it was his passion’

AUSTIN — During the Mower County Fair this week, someone who’d been a part of it for almost four decades is missing.

Joel Nelson, owner and founder of Nelson Sound Electronics, died July 23 after a short illness. Many knew Nelson, 64, for running sound for several area events, including in Albert Lea. 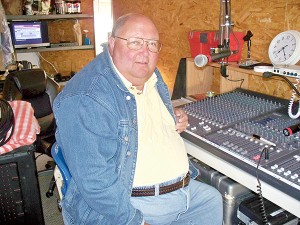 “I think he really pulled from those hometown roots, and gave back to the community where he could,” said Joel’s daughter, Nancy Mathisen.

Nelson worked the Mower County Fair for 37 years. He also provided sound work for 12 other fairs around the area. He enjoyed the smaller pieces of sound work, such as paging information and announcements, announcing winners of various events, judging contests, putting speakers in the barns, setting up microphones, and helping with the free-stages.

“His work wasn’t work to him; it was his passion,” Mathisen said. “He just loved every aspect of it.”

Many remember his golf cart zipping around the fair.

“You’d always know where to find him, in that way. Something would happen and he’d have to go tearing off,” Mathisen said with a laugh. “He never wanted to sit still at a fair.” 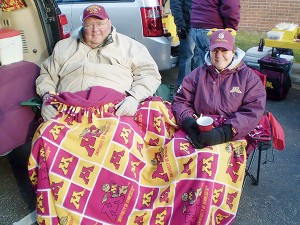 Joel Nelson and his wife Marlo Nelson tailgate before a Gopher game. This was a favorite family activity, as Joel was a huge Gopher fan. – Provided

He also worked with the Eagle’s Cancer Telethon for about 25 years, Farm Fest for 24 years, Dakotafest for 19 years, Minnesota Spring Barrow Show for 16 years and the National Barrow Show for 26 years.

Bickler met Joel about 25 years ago as a Pacelli High School freshman through a play and has worked events with him ever since.

“He’s been a friend, he’s been a mentor, he’s been like a brother,” Bickler said, adding Joel was “always smiling and (had) a huge heart.”

Nelson Sounds Electronics does about 250 projects each year, including church and school installations, according to Bickler.

“I’ve been blessed to be a part of all those shows under Joel’s leadership,” Bickler said. “A great friend that will be dearly missed.”

They plan to “get everything done as if Joel were here,” Muzik said.

After that, Muzik wasn’t sure what will happen or who will be in charge, as decisions have not been made by Nelson’s family.

Muzik started working alongside Nelson about 31 years ago when he was 13. He would ride his bike to the business, which was in the back of Nelson’s garage, and duplicate cassettes, put on labels and box them up.

“I was the shipping department,” Muzik said. “When people saw Joel a lot of times they’d see me next to him.”

Muzik recalled being included in many things Nelson did, meeting people from all over the United States. Working with Nelson, he was able to watch Nelson’s daughter, Nancy, grow up, and would joke that he had a little sister.

“Through him being my employer, I became part of his family,” Muzik said. “It was an honor.”

Nelson’s passion for electronics started at a young age. Mathisen recalled her grandmother’s story about taking Nelson to the store to pick out a toy, but he came running out with an extension cord. After that, he went around the house extending lamps and other devices.

“He’d always kind of had an affinity for electronics and tinkering with things like that,” Mathisen said.

During high school, Nelson would joke that he was the quintessential nerd.

“I think he actually had a pocket protector,” Mathisen said.

Nelson worked for Austin High School’s audio visual department, pushing projectors around to classrooms. Through his involvement at the high school, he became involved with the Miss Minnesota pageant, which at the time was held in Austin. He attended Winona State University, but left about one credit short of a business degree to start Nelson Sound Electronics in Austin in 1971.

Through his involvement in Miss Minnesota, Nelson made connections in other states and started doing sound with other state pageants, including Illinois, Tennessee, Mississippi and Maryland. At the same time, his business offered reel to reel recordings. While working with pageants, he met his wife of 10 years, Marlo Nelson.

They owned two homes, one in Austin and one in Illinois, a little more than five hours apart.

“We always said that whenever we traveled, if anything were to happen, if the car broke down or something, there would always be somebody we could call in that state that would come out and help us, because of the vast friends that we accumulated through the various pageants and fairs,” Marlo said.

Because of Joel and Marlo’s love for Disney, they were married at Disney World in Orlando, Fla.

“We decided, you know what, this is the perfect destination wedding because we both love Disney,” Marlo Nelson said.

“He was a big guy, but especially around kids, just a kid at heart,” Mathisen added.

Joel Nelson was known to make many close friends and could make anyone feel welcome.

“He was just very welcoming, opening, a ‘let’s have a good time’ kind of a guy,” Mathisen added.

He loved to be with his friends, and Mathisen said he didn’t have many enemies.

Although he provided sound to well-known events, he loved to give back to the community, especially at his former school, Banfield Elementary.

“He did the sound for every little production they did over there, and he loved it. I mean that was like Miss America to him,” Mathisen said. “He gave the same level of professionalism and got as much joy out of that as he did from some of his bigger gigs. He was an Austin guy through and through.”