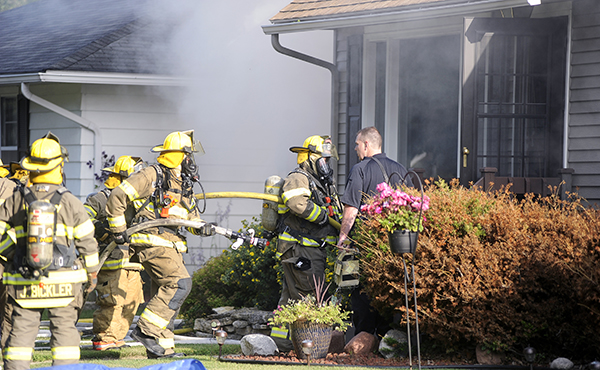 AUSTIN — Austin Mayor Tom Stiehm and his wife, Sarah, are slowly but surely recovering from a July 18 fire that totaled their home at the 500 block of 15th Avenue Southwest.

The Stiehms plan to rebuild their home “the way it was and where it was,” according to Tom.

The mayor and his wife made it safely out of the home with one of their black labs, Harper, and another dog staying at the home. The Stiehm’s other black lab, Annie, 8, succumbed to the flames.

The house floors caved in from the flames and there was extensive smoke damage throughout the house.

The mayor said he and his family are adjusting to life after the fire and have found another place to live while their home is rebuilt. In the meatime, the Stiehms plan to stay busy with other commitments.

“That’s the key for a lot of different things,” he said. “Keep yourself busy, stay positive.”