The good life, one egg at a time 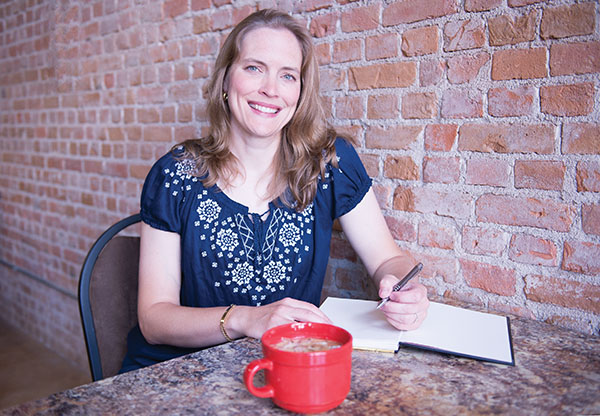 Grandpa Norman loved old films, and he taped his entire VHS collection with the aid of an enormous, white satellite dish, which glimmered in the moonlight a few yards outside his dining room window. One favorite he insisted we watch with him was “The Egg and I” (1947), a film adaptation of Betty McDonald’s bestselling memoir.

The gist of the movie is that a new bride, portrayed by Claudette Colbert, dutifully follows her husband, played by Fred MacMurray, in his pursuit of becoming a chicken farmer, a dream he saved as a surprise for their honeymoon.

These urbanites are out of their depth on the farm: problems abound, Ma and Pa Kettle make their debut, hilarity ensues, and everything works out in the end. The idea, like an egg, shows many cracks before hatching into a fuzzy yellow chick.

Both my grandmothers raised chickens and sold eggs to stores for money. Many farm women of that period saved their “egg money” for household extras until the markets tapered off in the mid-20th century. My great aunt Verna traded eggs for groceries all the way into the 1960s — until the day she realized chicken feathers were causing her allergy problems.

My parents were influenced by the back-to-the-land movement in the 1970s, and they raised chickens from chicks several times on their hobby farm. I begged for layers but we always got fryers. When butchering time came around, my mother made sure we were thorough when plucking pin feathers; it’s better to grapple with the slippery quills right away than be grossed out by their worm-like bristles on a dinner plate.

My sisters and I sometimes dressed the part too. We had several prairie style dresses a la Laura Ingalls Wilder and Holly Hobby, which wasn’t unusual attire for the time. We wore our hair long and parted down the middle, often in braids, like settler children from the previous century.

Six years later I would be teasing and hair-spraying my bangs into a tortured pouf. While it may have resembled a nest in appearance and structural integrity, the highly flammable style was a far cry from an earlier, simpler era.

It’s trendy to seek roots in the land again. Some people doing it are survivalists or doomsday preppers, some are market gardeners and truck farmers. Others never leave the city; they build raised-bed gardens on their lawns and trellises for tomatoes on their balconies, or they tend a space in a community garden.

Six of my friends have posted pictures of their backyard chickens on Facebook in the past couple years. Several gave their laying hens old-timey monikers like Hattie and Marge, or they feathered the names of historical women, resulting in appellations such as Eggeanor Roostevelt and Sojourner Coop.

I had hen-vy until a hungry bear rampaged through one of their enclosures and only one terrorized chicken survived to squawk about it. I opted instead to purchase a hen and chicks — a pretty, low-maintenance plant — at the farmers market earlier this summer.

Around that time my children began tagging along to check the purple martin apartment house across from Edgewater Pavilion with Audubon Society members Marie DeGennaro and Rick Mammel. Marie gave my 5-year-old son a camera, and he digitally recorded the number of eggs in each nest.

Their fragile, speckled shells laid clustered in loose piles of leaves. Most of them hatched and revealed small featherless babies, resting in a huddle or raising their closed eyes skyward, opening their beaks wide for food. We hope to document them in the fledgeling stage before they begin their migration to southern Brazil later this summer.

In our domicile, my husband encourages our kids to do tasks by turning them into contests. One night, shortly after seeing the purple martin eggs, their challenge was to be the first into bed or be the “rotten egg.” They both sprang into bed, but our two-year-old daughter crawled down when she discovered she was missing a favorite stuffed toy.

After she and I retrieved it downstairs, she gestured toward an alphabet poster near the foot of the stairs and said, “Go see it.” Then she pointed to the “N” above a picture of a nest. I hadn’t paid attention to it before, but she is noticing all sorts of things as she rapidly learns words at this stage. She tapped on one of the snowy ovals in the nest and whispered, “Egg.”

I chuckled and gave my daughter a squeeze. She upended my life in ways I didn’t anticipate when she began her journey into our lives a few years ago, but she seems to know what we know — she is a good egg.

Jennifer Vogt-Erickson taught social studies in Albert Lea for more than six years before staying home to raise
children. She lives with her husband, Jeshua, and their two young children, Trixie and Axel. She wrangles toddlers by day and writes by night.