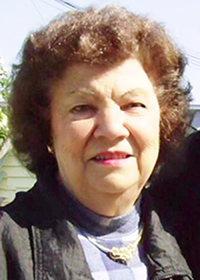 She was born Dec. 3, 1930, in Lake Mills the daughter of Nels and Agnes (Gulbertson) Bergland.

She attended school in Lake Mills. She married Eugene Bolinger, and to this union eight children were born. She later married Ron Green and Jimmy Hall who preceded her in death.

In addition to raising her family, Thelma had worked at Land O’ Lakes and Skyline Cafeteria. She enjoyed dancing, listening to country music and peaceful rides to the state park.