‘This is “Marley and Me” on steroids’

“Decoy” is Dana’s new book that was released at the beginning of June. It tells the story of Dana’s springer spaniel Decoy, who started out as an unruly puppy and turned in to a life-long friend. 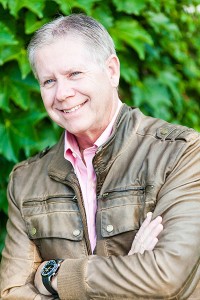 Brett Dana, an Albert Lea native, has written two books and released one country CD. He now works as a professional speaker. – Provided

“It’s not a book about a dog, it’s a book about life,” Dana said. Although the book does focus on Dana’s companion of 15 years, he emphasizes that during the process of watching Decoy age and eventually pass away, he learned a lot.

Dana, who now lives in Prior Lake, said watching Decoy dying was traumatic, and likened it to losing a child. He said making the decision to let go and to end it was all on him.

He began writing the book before Decoy passed away. Dana said he wanted the emotional impact that would come with writing during this time. Throughout the process he saved bits and pieces to put in the book, such as text messages his daughter sent him as he was bringing Decoy to be put to sleep.

Dana had Decoy put to sleep in Albert Lea and drove over 100 miles to accomplish that.

Out of everything else, Dana said Decoy taught him how to die with dignity. 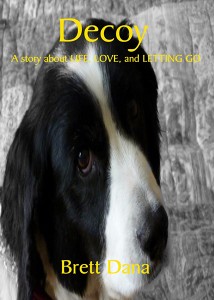 All of the lessons Decoy taught Dana in her own passing helped him six months after her death with the passing of his own father.

He stresses that the book does have some humorous moments and is thought-provoking, but it is also a tearjerker.

“This is ‘Marley and Me’ on steroids,” Dana laughed.

Above all, Dana said that support and marketing is essential to getting a book out there, and encourages his readers to give “Decoy” a review — an honest review.

“If it doesn’t deserve five stars, don’t give it five stars,” he said, emphasizing the importance of honesty.

Dana’s first book, “The Seven Soul Principles of Life,” is written in the form of a parable and teaches life lessons. After paying to pull his book from his previous publisher, he was introduced to a literary agents in New Zealand.

Dana now works with this agency, Glibert Literary Agency, and said the agency has connections with publishers and moviemakers all across the United States and Europe.

In fact, Dana said his agent and publisher, Solstice Publishing, have been discussing movie details for “Decoy.”

Dana got his start with writing in the 1990s after he got the attention of producers and record labels in Nashville after winning second place in the “Be a Star” nationally televised talent show.

He wrote and performed a CD-full of country songs and was about to sign a deal with Capital Records when it ended up falling through in favor of another artist.

“When you’re out, you start all over again,” Dana said.

Instead of going back in to music, he decided that if he was able to write songs, he should be able to write books. Now that he’s released two books since then, Dana said there will be more books coming from him.

What: “Decoy” by Brett Dana