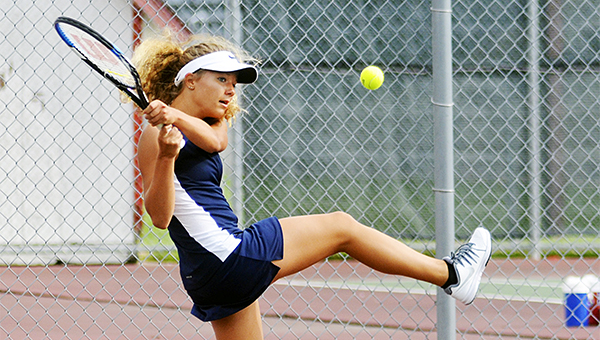 After six practices, the Albert Lea girls’ tennis team dove into its schedule with a triangular Tuesday at Austin.

The Tigers lost 7-0 against Austin and Rochester Mayo. 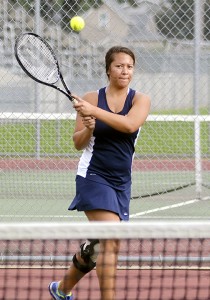 Albert Lea found its most success in singles play against Austin. Kaitlynn Larson and Rachel Wallin both forced an extra set.

“Any time you can take a match to three sets, that’s a good matchup,” said Albert Lea coach Matt Levorson. “I saw a lot of effort, a lot of enthusiasm and a lot of things from practice that were implemented into the game. I was happy with how they played.”

Larson forced a third set at No. 2 singles by beating Austin’s Megan Fleiner in the second set 6-3, but Fleiner rebounded with a 6-4 win in the third set.

Wallin won her first set at No. 4 singles, but Austin’s Maggie Trom fought back to win the second and third sets.

Through the first week of practice, Levorson said the team has been working on the mental aspect of the game.

“We’re working on staying active and in the game — focused on the match,” he said. “Some worked on forehand, some backhand, and some volleys. Each player has her own niche that we’re working on. We’ve got a good foundation for the rest of the year.”

Next, the Tigers will play a triangular at 9 a.m. Thursday at Northfield. Rochester John Marshall will also participate.