Rocco and Shelly Vento of Hubertus, Wis., and Larry and Sherri Knutson of Glenville announce the engagement of their children, Bailey Vento and Jarrad Knutson. 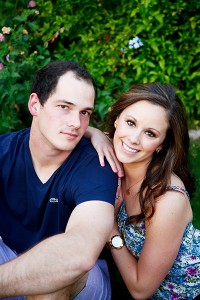 Bailey is the granddaughter of Pat Lake of Fox Point, Wis., Dave Lake of Henderson, Nev., and Pauline Enea and the late Ron Vento of Milwaukee.

Jarrad is the grandson of Al and Tep Christensen of Albert Lea and Harold and Elaine Knutson of Glenville.

The bride graduated from Germantown High School in Germantown, Wis., in 2007 and graduated with a degree in retail merchandising from University of Wisconsin, Stout in 2011. She is employed by Encore Creative in Tempe, Ariz.

The groom graduated from Glenville High School in 2007 and graduated with a degree in business from University of Wisconsin, Stout in 2011. He is employed by First Financial Equity Corporation in Scottsdale, Ariz.