Voter turnout for primary election down 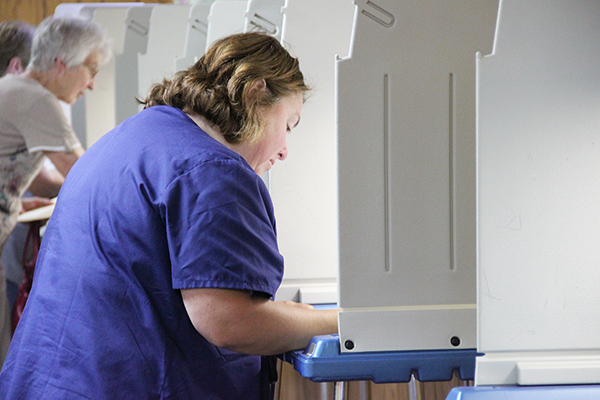 Fewer Freeborn County registered voters cast ballots in the Tuesday primary election than they did four years ago, the last time the sheriff spot was contested, according to the Freeborn County Auditor-Treasurer’s Office.

The county had an about 22 percent turnout Tuesday, while in 2010, there was about 31 percent. Two years ago, the turnout was only 15 percent.

This year, 3,888 out of 17,546 voters participated in the election, while four years ago, there were 5,841 out of a total 18,627 registered voters, said Freeborn County Auditor-Treasurer Pat Martinson. Both years had races for governor and sheriff. 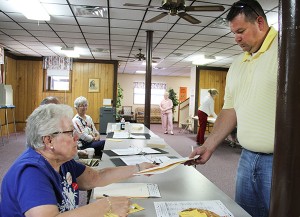 While the numbers were down this year compared to the last similar primary, Martinson said she still thinks the turnout was decent for a primary election, which traditionally has low numbers.

“It was a busy day, but it was a very smooth-running day,” Martinson said.

She credited the heated countywide sheriff’s race, which included incumbent Sheriff Bob Kindler and challengers Kurt Freitag and Dale Glazier, for bringing people out to the polls.

Freitag came out on top, followed by Kindler. The two men will move on to the general election, while Glazier’s race has come to an end.

Of those who voted, 1,779 were Republican and 1,824 were Democratic. There were 123 with the Independence Party and another 162 who cast ballots only for nonpartisan candidates, such as the sheriff or Ward 6 councilor.

Other races of interest were the 1st District primary for Congress, in which Republican Jim Hagedorn of Blue Earth pulled off an upset against endorsed candidate Aaron Miller in the primary to face off against Democratic Rep. Tim Walz.

Statewide turnout was estimated at 9.8 percent.