Warning about Minnesota proved just the opposite

I grew up in rural Albert Lea, and then 51 years ago I moved to Denver. In April of 2014 I moved back to Albert Lea with my husband, who had not lived here before. 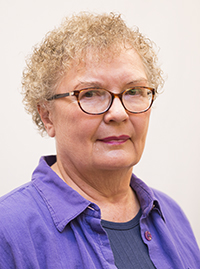 I was pleasantly surprised to find that Albert Lea and Minnesota had progressed so much from beyond what it was 50 years ago. To begin, we were so warmly welcomed by so many when we arrived at our home in the Village Cooperative of Albert Lea. There seems to be a strong attitude of helping and serving others.

When we were still in Denver many of our friends asked, why on Earth would we want to move to Minnesota? Didn’t we know it was 30 degrees below zero? And that the mosquitos are the biggest in the world? And the income tax rate will make our state taxes go up automatically?

Well, we moved to be in a lower altitude for health reasons. Denver is one mile high. And our health has certainly benefited from the lower altitude.

However, we have found so many more reasons to love Albert Lea:

• The lakes and scenery are so beautiful, and all of the plants, grass and trees are so green.

• Minnesota, for the second year in a row, came in first in the United Health Foundation’s rankings of healthiest states for senior citizens.

• Minnesota has the lowest rate (6.6 percent) of seniors with cognitive problems and fourth lowest rate among the 50 states for multiple chronic conditions.

• The average lifespan is longer in Minnesota at 80.85 years in 2011, which is second only to Hawaii.

• Minnesota has an excellent health care system with the Mayo Clinic Health System in Rochester being only 60 miles from Albert Lea.

• Nearly 40 percent of Minnesota seniors volunteer — the second highest in the nation.

• Minnesota has an excellent educational system. The Twin Cities was ranked earlier this year by the Lumina Foundation as the fourth highest metro area for the percentage of people with an associate or bachelor’s degree. In 2012, 51.9 percent of young adults had such a degree. The national rate was 40.9 percent.

• Both Minnesota and Freeborn County enjoy an unemployment rate that is now down to 4.5 percent while across the U.S. it is 6.1 percent.

• Minnesota has a high voter turnout.

• Minnesota has an excellent snow removal system for the cold winters.

• Albert Lea was the first city to be chosen for the Blue Zones Vitality Project for longevity and wellness.

• Personally, we have experienced the courtesy of other drivers in Albert Lea. They rarely honk or follow close or speed horribly. Minnesota also is one of the better states for having a lower rate of fatal accidents.

So, we were initially upset about how much more tax we would have to pay here in state income taxes, especially. However, we have come to realize that it is worth it. Minnesota is among those states with higher income tax rates, but it is not the highest or out of range. Minnesota has progressive leaders who invest our dollars in education, health and other things that improve the quality of life for all of us. When you vote this fall, consider how well Minnesota has performed!

Elaine Smith is a retired psychiatric social worker and real estate agent. She and her husband, John, are new residents of Albert Lea.