William Ralph Cook, 84, of Austin died Saturday, Aug. 16, 2014, at St. Mark’s Lutheran Home in Austin. He was born June 1, 1930, in London Township, Freeborn County, the son of Ralph William and Ollie Matilda (Cole) Cook. He attended country school near his home before attending high school in Lyle. He graduated from high school in New Jersey after moving there to live with his uncle. After graduation, William joined the National Guard before entering the United States Army where he served during the Korean conflict, attaining the rank of sergeant while serving with I Company, 85th Infantry Regiment, 10th Infantry Division. 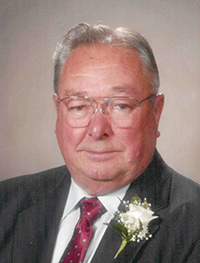 Following his retirement, William was an owner and operator hauling flatbed loads throughout the United States and Canada until 1984. After Evelyn’s death in 1984, William worked for the Troy School District in Joliet until 1995. On May 24, 2000, William married Rosemary (Huinker) Meyer at St. Augustine Catholic Church in Austin where the couple made their home. He enjoyed reading, Civil War history, traveling and riding motorcycles. He was a member of American Legion Post 91 and VFW Post 1216 in Austin.

He was preceded in death by his parents; first wife, Evelyn; and one brother, Melvin.

At William’s request, no public services will be held. A private family memorial service and interment will take place at a later date. Interment will be in the London Cemetery with military honors by the members of American Legion Post 91 and VFW Post 1216 of Austin. The Worlein Funeral Home of Austin is assisting the family with arrangements.  Condolences may be expressed to the family online at www.worlein.com.