Austin man accused of murder attempt out of jail

AUSTIN — The Austin man accused of attempted murder was released from jail on bond Friday. 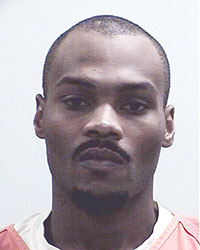 On Sept. 16, witnesses reported Maddox yelling he’d been shot, though they weren’t sure who had shot him. Another witness reported a silver four-door car leaving the area shortly after the shooting, which led police to suspect Price.

Officers found Price getting into his silver Jaguar in front of his home at the 800 block of Fifth Avenue Northeast, according to the complaint. Police saw a .357 caliber bullet sitting on top of insulation in an unfinished wall inside Price’s garage, where they later found several more bullets and a Ruger LCR .357 magnum revolver.

Maddox was taken to Mayo Clinic Health System in Austin and was later airlifted to Mayo Clinic Hospital’s St. Marys Campus in Rochester. Maddox was listed in critical condition as of Thursday morning. Police Chief Brian Krueger said Maddox was shot once in the upper torso and twice in the leg.

Price’s next court appearance is Oct. 2.