Being approachable is his top characteristic, Baker says 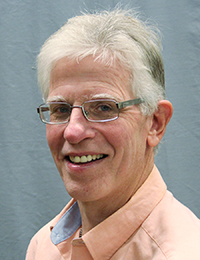 In fact, he said it has become one of his top priorities on the council to make sure people know he is approachable.

Baker has lived in Albert Lea for his entire life with the exception of one year when he lived in Faribault. He has a girlfriend, Susan Roskens, of Eagle Lake, and his mother, sister and her family also live in Albert Lea.

During his time on the council, he has served as the ex-officio member of the Albert Lea Planning Commission, the Heritage Preservation Commission and the city’s Board of Appeals.

Looking back on his time on the council, he said he was proud to be a part of the fundraising for a new bridge to Monkey Island after the former bridge was condemned. He noted the project cost was $20,000, but the city ended up only having to pay for $3,000 or $4,000.

He has taken part in interviewing potential developers for the Freeborn National Bank building and said he is excited to work with developer Clint Jayne of Cohen-Esrey for renovations.

He supported the more than $4 million Broadway reconstruction and updates and noted he was pleased the community was able to provide input for the project.

“They had a big hand at forming the final product that we had,” Baker said. “To me, that’s really gratifying. That gives them ownership to it.”

He said he has had people who were previously against the project approach him since it was completed and tell him how impressed they were with it.

Baker is also excited to see other activity downtown, including new businesses and upgrades, and hopes to continue to promote revitalization there. He volunteers during each of the Wind Down Wednesdays of the summer.

He said he makes it a priority to meet with the people of his ward and the community and thinks it is important to listen to people’s views.

“Sometimes we don’t always agree on things, but I’ve found you can still have a civil conversation on things and walk away with more respect for that person,” he said, noting he often formulates his decisions based off of what people have told him.

He tries to be approachable, proactive and a good listener.

“I’m dedicated to this job,” he said. “I’m here for the people I represent.”

A Blandin Leadership Conference graduate, Baker is part of a team of local leaders developing a written plan for the Blazing Star Landing. The hope is that the document can aid potential developers.

Another issue he is focused on is preventing flooding and sewer backups in the Abbott Street area after severe storms this summer.

Though it’s not in his ward, Baker said he wants to encourage development and a possible grant renovation program in the south end of town.

He encouraged people to call him with concerns.

“It’s important as a representative of the city that I stay in contact with as many people as I can,” he said. “Sometimes people won’t always get the resolution they like, but hopefully people will know that I did the best I can.”