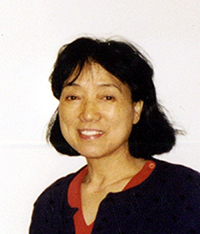 Visitation will be from noon to the 1:30 p.m. service time Wednesday at Asbury United Methodist Church in Lake Mills.

Her body will be cremated after the service and later returned back to her homeland of Korea.

Bo Koung Cho Wilds was born Dec. 3, 1951, in Pyongsong, South Korea. She came to the United States back in the mid 1970s with her oldest son, William Bum Suk Cho. She met Gary D. Wilds in Colorado Springs, Colo., and later moved back to Gary’s hometown of Albert Lea.

Bo was a very kind and caring person. She loved helping others whenever she could, loved church and church choir. She especially enjoyed teaching children and other people how to make lily origami flowers, and she made many for area churches. She loved going on walks and was always on the go.

Bo started working at Banquet Foods in 1977 in Wells, which later changed to Blue Coach Foods and later to Armoured Swift Eckrich. She continued working there until 2004 when the plant shut down. Bo was a very committed and hard worker.

She was preceded in death by her mother, Won Son Lee, and her father, Susak Cher Cho; her father-in-law, Hershel Wilds, and mother-in-law, Marion (Gustin) Wilds; and several aunts and uncles, including her father’s twin brother.