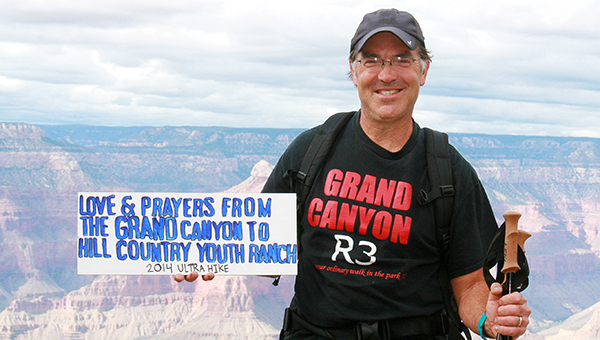 In his seventh season as a volunteer cross country coach at Albert Lea, Bryce Gaudian took the term cross country to a new level.

He hiked 49 miles in the Grand Canyon on Sept. 9 and 10 to raise money for a nonprofit organization called Hill Country Youth Ranch in Ingram, Texas, that works to restore the lives of children ages 5 to 18 who have been abused or abandoned. 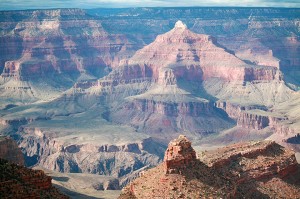 Bryce Gaudian hiked through the Grand Canyon to raise money for a nonprofit organization that assists abused and abandoned children. — Provided

Because of Gaudian’s passion for long distance running, he undertook the challenge and began contacting people for financial support.

Money raised would go towards outdoor projects on the ranch. Gaudian has been involved in running marathons for nonprofit organizations and raising funds for over 20 years. He said that the giving to this effort was unprecedented. Over $43,000 has been donated of his $49,000 goal — $1,000 for every mile — and it has come in from as far away as Germany, England, Hawaii, Alaska, and all across the country.

Gaudian set out from the south rim of the Grand Canyon at 11 p.m. on Sept. 8 to hike non-stop to the north rim through the night and early morning, which is about 29 miles using the Bright Angel Trail to the North Kaibab Trail and ending up several miles past that point.

There was a super moon that evening, which provided almost enough light in the depths of the Grand Canyon to see the trail. However, sporadic clouds shrouding the moon made it so that a headlamp was necessary to hike safely.

With still about 13 miles to go to reach the north rim at an elevation of 8,500 feet, Gaudian hiked on through about nine different downpours and rain events. The fine dust of the trail became sticky mud, and the trails became flowing streams.

Once back at the south rim, Gaudian fulfilled his commitment to donors to complete the 49-miles he promised to hike at the Grand Canyon. He ventured back down the south rim, under blue skies, and put in the final 20 miles.

He said that getting up the north rim the day before was by far the most difficult physical challenge he’s had.