Memorial services for Daniel S. Schoeneman of Albert Lea will be at 2 p.m. Tuesday at First Lutheran Church in Albert Lea. The Rev. John Holt will officiate. 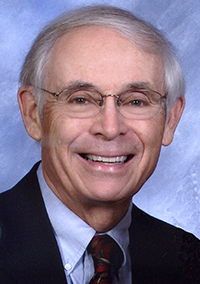 Interment will be in St. Theodore Cemetery in Albert Lea. Military honors will be accorded by Albert Lea veterans organizations. Friends may visit with family from 5 to 8 p.m. Monday at Bonnerup Funeral Service in Albert Lea and one hour before services at the church.

He was born Nov. 30, 1939, in Hutchinson, the son of Rufus and Leora (Tollefson) Schoeneman. Dan’s family moved to Owatonna where he graduated from high school in 1958. As a young man he was proud to have obtained the honor of Eagle Scout.

He continued his education at St. Olaf College in Northfield, where he received his undergraduate degree and met the love of his life, Lois.

He obtained his D.D.S. degree from the University of Minnesota.

Dan and Lois Christensen were married Sept. 25, 1965, in Minneapolis. Following their marriage Dan served two years in the Army at Fort Irwin in California.

Following his term of service, Dan and Lois moved to Albert Lea where they raised their family and he practiced dentistry for the next 38 years.

He was an active member of First Lutheran Church and the Rotary Club, where he had served as past president. He also enjoyed his membership in the Masonic Lodge and Shrine Club.

Dan was best known for his contagious smile and gift of conversation. He was a passionate outdoorsman and shared his love for hunting and fishing with his son and grandchildren. Throughout his life he treasured the companionship of many springer spaniel dogs. He loved to travel and sought adventure. He cherished time spent with family, especially up north at the cabin.

His kind heart and generous soul will be dearly missed by his family and many dear friends.

In lieu of flowers, memorials are suggested to Leukemia and Lymphoma Society or donor’s choice.