Downtown restaurant has the classiest dining in Albert Lea 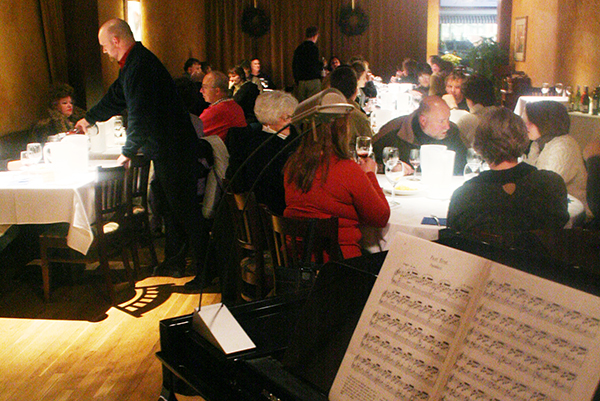 Low lighting, white tablecloths, wooden floors and music add to the ambiance at Crescendo. Chef and owner Robert Tewes occasionally comes out of the kitchen to play the baby grand piano, seen here in the foreground. – Tim Engstrom/Albert Lea Tribune

The restaurant draws people not only from the Albert Lea community but also from across the country, said chef and owner Robert Tewes.

“We’re really amazed at the diverse people who come in each weekend,” Tewes said.

The restaurant, in business since 2001, comes in at No. 24 on the Tribune’s list of 25 favorite places of Albert Leans.

The menu changes roughly every eight weeks, depending on when certain produce is in season. It regularly features seafood and beef and uses locally and organically raised products when possible.

One of the restaurant’s draws is its wine dinners, for which Tewes has brought in winemakers passionate about their craft who he works with to carefully pair wine with food.

“We’ve had a couple standout vineyards who have been here,” he said.

Tewes complimented his staff, many of whom have been with Crescendo since it opened.