Erdman draws on his history as mayor and councilman

Albert Lean Randy Erdman is hoping his prior experience in political office can be put to work in a new capacity. 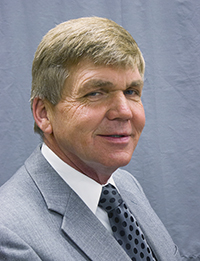 Erdman, 61, is running against incumbent 4th District Commissioner Christopher Shoff, 40, in the Nov. 4 general election. Shoff, a chiropractor, was first elected in 2006.

“I gained a lot of political experience being the mayor, and it’s time to come back,” he said. “I just think that I can help — that I can make a difference. I really do.”

Erdman lives at 210 N. Second Ave. with his wife, Stephanie, and their son Miles and sells office products and office furniture for a living. He also has his real estate license. He has lived in Albert Lea for about 27 years, he said.

He is a social member of the American Legion club and belongs to the Eagles Club, the Albert Lea Art Center and the Freeborn County Historical Museum. He volunteers with the Albert Lea Community Theatre at the Marion Ross Performing Arts Center.

Having served on the Albert Lea City Council previously, Erdman said he understands the needs of the city, which makes up a majority of the 4th District. The district covers the 1st and 2nd wards and part of Albert Lea Township.

“I believe Albert Lea is the engine that drives the county,” he said.

At the same time, however, he said he understands the needs of agriculture and the importance of it in Freeborn County.

When asked about his strengths, Erdman said he thinks he has good leadership skills and determination.

“I don’t give up easily,” he said. “I’ve demonstrated that with some major projects.”

Erdman pushed for the change of Albert Lea’s mayoral terms from two years to four years, along with the implementation of Albert Lea’s half-cent sales tax to support lake restoration.

Looking ahead to the next four years, he said he thinks the big issues for the county will be finding funding to address the properties in the Stables area, taking part in the solution to flooding on East Main Street and looking at additional cost sharing with the city.

He also thinks there needs to be more accountability to the Shell Rock River Watershed District.

Erdman said he has relationships on both the city, county and state levels that could be helpful.

“I think the experience I have and the knowledge would be beneficial,” he said. “I think I could help make an impact immediately.”