ST. PAUL — Republican nominee Jeff Johnson’s bid to unite his party base in the Minnesota governor’s race got a boost Tuesday with an endorsement from someone chastised by the GOP for running as an independent four years ago. 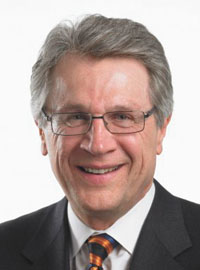 Public relations executive Tom Horner, a moderate who abandoned the Republican Party in 2010, backed Johnson while describing him as the candidate with the strongest ideas and temperament for the job. Horner was the Independence Party’s nominee in a governor’s race that Republicans narrowly lost to Democrat Mark Dayton. Horner’s roots are in the GOP but he considers himself a political free agent now, offering examples of Democrats he has supported in other fall races.

Johnson, a Hennepin County commissioner, said it’s vital for his party’s base to be fracture-free for him to defeat Dayton.

“I can’t win this race unless I get all the Republicans on board and more than half of the independents and hopefully a handful of Democrats as well,” Johnson said.

Johnson said it was a mistake for the state’s Republican Party chairman in 2010 to brand then-candidate Horner and his GOP supporters “quislings” — a label for traitors once attached to Norwegian Nazi collaborators. Horner won 12 percent of the vote in a race Dayton won by less than a half-percentage point over Republican nominee Tom Emmer.

“I wouldn’t be so arrogant to think my endorsement alone moves those 12 percent,” Horner said, adding that he’s hoping voters look beyond the caricature of Johnson being created by television ads branding him a “tea party Republican.” 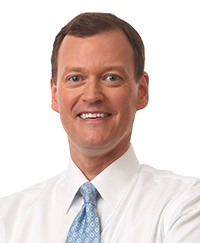 Horner said he doesn’t agree with Johnson on all issues but sees him as preferable to another term for the incumbent Dayton.

Dayton told The Associated Press in an interview Tuesday that candidate records not endorsements are what will matter to voters in the end.

“I guess this now means he has three party affiliations if he’s Tea Party, Republican and now he’s going to claim Independence,” Dayton said of Johnson.

Meanwhile, the state Democratic Party booked its first air time for television commercials in the race. Party chairman Ken Martin wouldn’t reveal the content of the ads, which begin next week, but said they would be part of a statewide ad campaign of more than $1 million by the party.

In making his pick, Horner spurned the Independence Party’s candidate in the race, Hannah Nicollet. She has struggled to raise money and Horner said he has doubts about her viability. Nicollet said she never asked for Horner’s backing and doesn’t hold him against him.