Kathy Garver of ‘Family Affair’ back in a new family mystery

Well known for her role as Cissy in the ’60s sitcom “Family Affair,” Kathy Garver began her film career a decade earlier as a child actor with appearances in three 1950s classic movies, “The Night of the Hunter,” “The Bad Seed,” and “The Ten Commandments.” 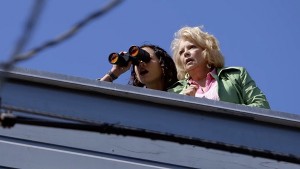 Kathy Garver returns to big screen in “Mom, Murder & Me.”

This month she returns to the big screen in “Mom, Murder & Me,” a film written and directed by Heather Donnell and part of this year’s California Independent Film Festival Association. The world premiere will be at the Orinda Theater, Orinda, Calif., on Sept. 14.

The film, she says, is also a “family affair.”

“It’s a fun movie and I play the mom who helps her daughter (Sarah Klaren) investigate a possible murder,” said Garver from her home in San Francisco. “It’s a comedy-mystery and actually based on a true story that happened to the writer.”

One of Garver’s earliest films was also based on a true story — according to the Christian faith — and was one of Hollywood’s greatest Golden Age epics: “The Ten Commandments.”

“I was hired as an extra for the scene where all the slaves are leaving during the Exodus,” she recalled. 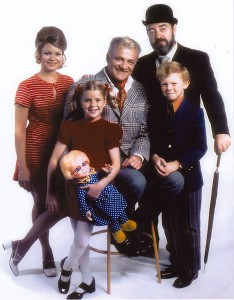 Over the next decade, Garver concentrated on TV roles and was 20 when hired for “Family Affair” which ran for five seasons.

She says Brian Keith, who played her uncle, was great to work with and the two remained friends until his death from suicide in 1997. However his mood changed throughout the series.

“Brian was a lot of different personalities during the show. He was married to Judy Landon at the beginning, but she was very high society. He was much more down to earth and didn’t like all that hoopla, and they eventually divorced.”

“He became much happier then and they eventually married,” said Garver.

In addition to acting, Garver published “A Family Affair Cookbook” in 2009 and plans to release another book, “Surviving Cissy,” in 2015.

Having survived the often difficult years as a child actor and now progressed to parental roles, as in “Mom, Murder & Me,” Garver is also planning a compendium of former child star actors from the ’50s, ’60s, and ’70s for 2016, the 50th anniversary of “Family Affair.”

“We lost two wonderful former child stars in the past year — Shirley Temple and Mickey Rooney — so I think that book will be dedicated to them.”

Nick Thomas teaches at Auburn University at Montgomery, Ala., with features, columns and interviews in over in over 400 magazines and newspapers.