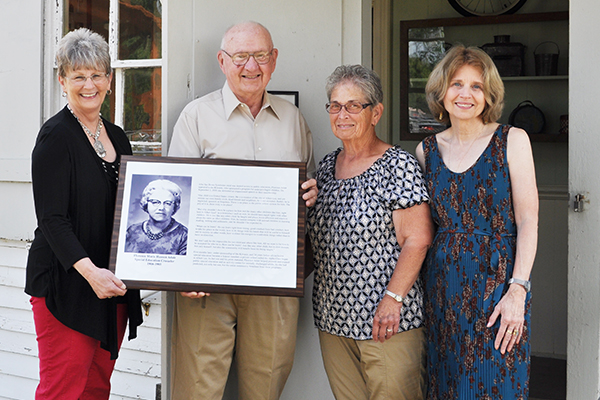 The Albert Lea Kiwanis presented the Freeborn County Historical Society with a plaque that commemorates the accomplishments of Florence Hansen Adair, an Albert Lea mother and special education pioneer. When Dennis Adair, who had Down Syndrome, was denied access to public education in 1950, his mother appealed to the Kiwanis, who supported causes for underprivileged children. 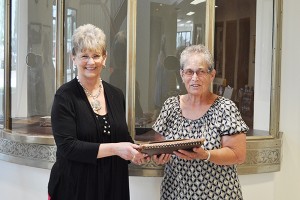 Kiwanis members immediately supported her cause and began to raise money and public awareness. Within a few months the Alpha Class opened in Albert Lea for Dennis and several other children who had previously been denied access to school. Albert Lea Tribune editor Ken Allen published a series of articles to inform readers about the need to educate all children, and more than twenty years before full educational inclusion became a federal mandate, Albert Lea’s program served as a national model.

This history is commemorated on the plaque and documented in a scrapbook presented to the historical society library by Florence’s daughter, Carol Adair Brune. The book includes 65-year-old Tribune articles, photographs and stories about fundraising, the evolution of local special education programs and the founding of ARC. Also included is the full text of the speech that started the ball rolling in September of 1950, when Florence Adair first spoke at a regular meeting of the Kiwanis.

Museum director Pat Mulso hung the plaque near the reception desk in the museum and expressed special thanks for the scrapbook, which contains a treasure of local history.