Parks director position would be eliminated

Albert Lea’s city manager presented proposed changes to the city management structure on Thursday in what he said will bring more efficiency and consistency to the organization. 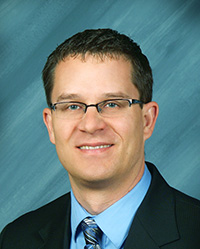 Jay Hutchison is the parks and recreation director.

“Twenty-one years and I’m just thrown out the door,” he said. “I’m devastated.”

The proposal comes after 2 1/2 years of study of the organization and the completion of a report earlier this summer by Springsted Inc. of St. Paul about the city, said City Manager Chad Adams.

The Springsted report said presently there are 10 people who directly report to the city manager, and Springsted recommended there instead be only six or seven. 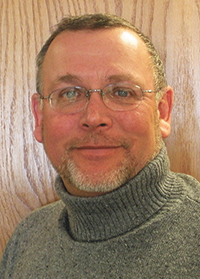 “The more direct reports to the manager, the more the manager has to spend time on department or functional specific activities,” the report states. “It is recommended that the city manager focus his time on the City Council relationships, organizational priorities and strategies and external collaborations and community relations.”

Under the proposal, there would be five departments: administration, police, fire, public works and legal.

Adams said day-to-day library services would not be impacted, and there would be potential of adding Friday hours back in. The changes to the library would not affect the compensation to the library Director Peggy Havener until attrition occurs in the future.

He said changes in the Parks and Recreation Department would decrease duplication of recreational services and maximize resources. He hopes to increase collaboration with other entities, such as Albert Lea Area Schools, for recreation.

In the Public Works Department, the changes would lead to the creation of an assistant public works director to oversee the streets, parks, utilities and wastewater treatment plant superintendents. Adams said the changes would allow the city engineer to focus more on engineering and project management.

He said the proposed changes would not result in immediate cost savings but are expected to limit costs over time. He hoped the proposal would allow for more cross training and succession planning and give him the opportunity to be out more within the organization and the community.

After hearing the proposal during a council workshop, 3rd Ward City Councilor George Marin asked several questions and said he felt the library and city clerk responsibilities were still important enough to stand on their own. He noted he supported changes within Parks and Recreation.

“I appreciate what I’ve heard, but I’m also filled with some pretty strong reservations,” Marin said.

He questioned that there would be no women in department head positions. He also asked about the city contracting out for planning and finance services and said if the city is encouraging people to buy local, the city should in turn be a leader in that same philosophy.

Adams said in the past, there have been several one-person departments and there was not an ability to cross train.

Marin asked what the feedback has been about the proposals from current department heads.

Adams said the majority agreed with the observations in Springsted’s report, with some resistance from the Parks and Recreation Department and disappointment by Havener. Adams planned to present the recommendations to the rest of the staff today.

Adams asked that the council consider the first reading of the proposal for its Oct. 13 meeting, with the second reading of the ordinance to come Oct. 27.

Marin asked that the council be able to consider the proposal after an additional 30 days, and there was disagreement among the council over whether more time would create additional stress and anxiety for the city employees.