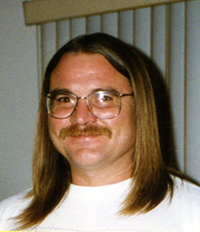 Mark eventually retired to his family home in Madison Lake. He enjoyed spending time at the family farm in Balaton and at the family cabin on Lost Moose Lake. It is well known, Mark always caught the biggest fish!

He is survived by his brother, Brian (Edie) Erickson, and their two children, Seth and Emma, of Lakeville; and sister-in-law, Kay Buck (wife of Michael) and their son, Nathan Erickson, of La Crosse, Wis.

He was preceded in death by his parents Bonnie and Gene Erickson and brother, Michael Erickson, in 2002.

Memorial services will be at All Saints Catholic Church in Madison Lake. Burial is planned for Oct. 25 at Calvary Cemetery in Madison Lake with a graveside service.  Mark was a good friend to many and will be dearly missed.