Memorial services for Merlin Peterson, 77, of Albert Lea will be at 2:30 p.m. Saturday at Bayview/Freeborn Funeral Home. The Rev. Kent Otterman will officiate. Visitation will be one hour prior to the service at the funeral home. Online condolences are welcome at www.bayviewfuneral.com. 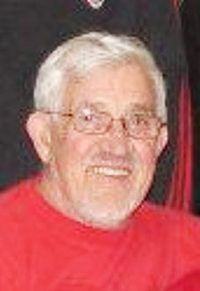 Merlin Stanwood Peterson was born Jan. 11, 1937, to Selmer and Myrtle (Landaas) Peterson. He was baptized and confirmed as a Lutheran. He grew up in rural Albert Lea and graduated from Lake Mills High School. After high school he was drafted into the U.S. Army.

While stationed in Fort Leonard Wood, Mo., he was united in marriage to Mary Jane Verdoorn at Silver Lake Lutheran Church. Merlin worked for Turnbull Tires for over 20 years. He then worked at Streater until his retirement in 1998. Once retired, he worked as a custodian for Albert Lea Schools. Merlin was a member of the American Legion and the Eagles. He enjoyed hunting, fishing, bowling, golfing, horseshoes and tinkering. Most of all Merlin loved spending time with his family.