Funeral services for Michael C. Olson will be at 11 a.m. Friday at St. Theodore Catholic Church in Albert Lea. Friends may visit with family from 5 to 7:30 p.m. at Bonnerup Funeral Service in Albert Lea, with a prayer service at 7 p.m., and one hour before services at the church. The Rev. Timothy Reker and Deacon Michael Ellis will officiate. Burial will be at a later date. 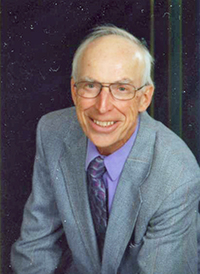 Mike died surrounded by the love of his family Friday, Sept. 12, 2014, at St. Marys Hospital in Rochester after a courageous battle with cancer. He was 70.

Mike was born April 1, 1944, to James and Lillian (Webber) Olson in Rush City. Following his high school graduation he continued his education at St. Cloud State University to pursue a degree in education. While there, Mike met the love of his life, Karen. Mike married Karen (Kreger) on June 1, 1968, in Waite Park.

Mike began his teaching career in Holdingford. After teaching there for four years, Mike and Karen moved to Albert Lea, where they raised their three daughters. He continued teaching math for the next 29 years until his retirement in 2000. He always valued education and served various roles in the both the Albert Lea Education Association and the South Central Minnesota Uniserve, continuing his service after retirement until the time of his death.

He was an active member of St. Theodore and St. James Catholic churches. He enjoyed being a lector, singing in the choir, serving on the church council and teaching religious education classes. He was a student of the Bible, enjoying his daily study time. He valued strong marriages and family life, and was very involved in the Marriage Encounter and Teams Of Our Lady organizations. He and Karen held several leadership positions in these organizations and were able to travel internationally to represent them.

Mike loved camping and the outdoors, and the Olson family tented for many years. The family’s annual summer vacations were a highly valued tradition where they had many laughs and adventures, creating lifelong memories. After the girls moved away from home, Mike and Karen graduated to camping trailers and continued adventuring. They spent winters camping and hiking in the southwestern United States and even traveled as far as Alaska. Mike also enjoyed biking and walking, often planning his routes around where he and Karen could stop for a cup of coffee or a cold beer. He was known for his scenic route “shortcut” drives.

Mike was an avid sports fan and loved the Twins and the Vikings, even when they were hard to love. He could always impress people with his knowledge of sports trivia and was the most desired team member in a game of Trivial Pursuit.

He loved his 11 grandchildren tremendously and could never turn down a card game or board game with them. He prized his time spent with them and loved to joke and make them laugh.

Mike was best known for his kindness and willingness to help other people. He had a great smile and a fun sense of humor. He genuinely cared for people and was always willing to go the extra mile to help someone. He was a devoted son in caring for his mother in recent years. He counted his blessings every day, even during his battle with cancer, teaching family that they always have something for which to be thankful.

Mike was preceded in death by his father, James Olson.

He was kindhearted and a friend to all, and will be dearly missed. Rejoice that he is at peace in the arms of his Heavenly Father.