Memorial services for Patrick L. Corrigan of Albert Lea will be at 11 a.m. Friday at St. Theodore Catholic Church in Albert Lea. The Rev. Timothy T. Reker and Deacon Mike Ellis will officiate. Interment will be in St. Theodore Cemetery. Friends may visit with family one hour before the service at the church. Bonnerup Funeral Service is assisting the family. 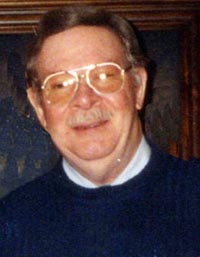 He was born Jan. 3, 1936, in Albert Lea, the son of John F. and Elizabeth (Grasser) Corrigan. Patrick attended school in Albert Lea. He worked at Ben Franklin for a time, and then spent more than 20 years in sales at Bob Adams Imports. He was active in United Commercial Travelers.

Patrick was a member of St. Theodore Catholic Church and active in the Knights of Columbus. One of Patrick’s major interests was camping, and he enjoyed being involved in Big Island Rendezvous.

He was preceded in death by his grandparents; parents John and Elizabeth Corrigan; brother, James; and sister-in-law, Margaret Corrigan.