GLENVILLE — Leaders of the Renewable Energy Group Albert Lea biodiesel plant south of Albert Lea applauded the Minnesota Legislature this week for efforts made to support their industry in the last legislative session. 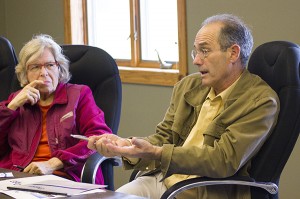 Scott Hedderich, corporate affairs director, said the REG plant is a 30 million-gallons-per-year biorefinery that has multi-feedstock capability. It has been operating since 2005 but was acquired by REG in 2011.

The company completed a $21 million installation project in 2013, and it now supports 24 full-time jobs.

Murphy asked whether the company had trouble attracting or maintaining a good workforce.

Hedderich said about half of the workers previously worked through Soymor, a former name of the biodiesel plant.

Savick asked the company leaders what she and the other legislators could do to continue to help the industry, and the men encouraged support on the national level. 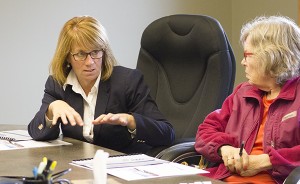 The Legislature this year supported a 10 percent biodiesel/petroleum blend.

Savick said the business was an example of a clean and environmentally friendly company with good-paying jobs. She said southern Minnesota should look to REG as an example.