Ruth Lucille Coulter was born March 6, 1923, to Avis and Hugh Coulter in Lamberton.  She grew up on the farm and after graduating from high school attended normal teachers training and taught at country schools for four years. 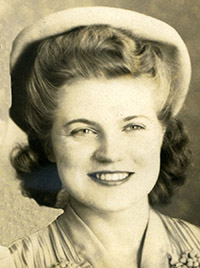 In February of 1943 she married Richard (Dick) Carter, and they farmed for 20 years in the Lamberton area. To this union two children were born, Karyn and Gary Carter. In 1965 they built and ran the Carter Motel in Lamberton. Dick passed away in November of 1972. After Dick’s passing Ruth moved to New Ulm and began working at 3M.

In 1975 she married Ambrose Stencel and moved to Albert Lea. While living in Albert Lea, Ruth worked for a couple of years a Church Offset. Upon retiring in 1985 they started wintering in Alamo, Texas, and spent summers in Albert Lea. They enjoyed extensive traveling and enjoying life until 1998 when Ambrose passed away. Ruth continued wintering in Alamo until spring of 2014, when a fall and broken hip put her in the nursing home, and she continued to struggle with health issues.

Ruth was a loving mother and grandmother. She enjoyed bingo, gambling, fishing, music, traveling and spending time with the family and working outdoors while on the farm. 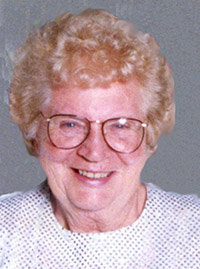 She was preceded in death by husbands Richard Carter and Ambrose Stencel; son, Gary David Carter, in 1996; sister, Frances Pantier; brother, Hugh Coulter Jr.; along with her parents and two infant sisters.

A small family gathering will be held at a later date.