Special report: What should be done about the school calendar? 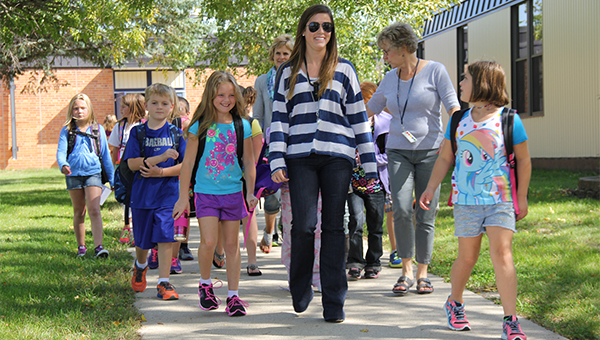 The proposed extended calendar has been the center of discussion for some Albert Leans, but other community members are divided.

Becky Collins is one of those divided members. Collins has four students in Albert Lea Area Schools — a junior, a sophomore, a third-grader and a kindergartner — but she isn’t sure where she stands on the issue of the proposed calendar.

Collins, who moved to Albert Lea recently from Iowa, said she had seen a little of the discussion on Facebook and noted that she saw how polarized the community’s views were.

Some community members are vehemently opposed to the calendar while others want to give it a shot. Some don’t know anything about the proposed calendar issue all together.

This survey was conducted in early August and has garnered as much attention as the calendar issue itself. Some parents were outraged that only 69 of the 303 surveyed community members were parents and others said they took the results with a grain of salt.

The survey was the step that pushed the Albert Lea school board to move forward with the proposed calendar. Albert Lea Superintendent Mike Funk explained to the school board on Sept. 8 that three public hearings must be held before the calendar decision can move forward.

The first hearing is 5:30 p.m. Tuesday at the Albert Lea High School commons. The second hearing will be 7 p.m. Oct. 14 at the high school commons, and the third hearing has not yet been scheduled.

Origins of the calendar proposal

By the winter of 2013-14, Funk had hoped to begin discussion on the proposed calendar. A community meeting was held March 31 to discuss the calendar and approximately 60 community members attended.

The proposed calendar came about because of the school board’s goals, which board members call aims. These aims are:

• 80 percent of students proficient in reading and math.

• 100 percent of freshmen identifying a career path that meets their skills and interests.

Funk said a month to a month and a half of review is needed at the beginning of each school year, which affects the achievement gap. This review is attributed to learning loss from the summer break, Funk said.

The proposed calendar has a shorter summer break and doesn’t make students take first semester exams after coming off of winter break.

Opponents of the proposed calendar have pointed out that the summer break is only two weeks shorter than the current 12-week summer break and that the two-week break in March comes before the state standardized testing. For the 2014-15 school year, MCAs begin March 9, 2015.

Pushing up the start date

Questions have been swirling around the community ever since the March 31 meeting. Community members have taken to Facebook, petitions and even the Letters to the Editor section of the Tribune’s Opinion page to voice their concerns and ask questions.

Some of those questions have been answered. At the March 31 meeting, some parents were concerned about the school year interfering with the Freeborn County Fair.

Now that the 2015 dates for the fair have been released, the calendar was adjusted to accommodate that.

Students will get a total of 33 days off with the proposed calendar, though it is still in draft stages.

August is for families

Opponents of the proposed calendar say that August is a pivotal time for families in the summer. Many families take vacations or spend family time together during that month.

School would be beginning right after the Freeborn County Fair ends on Aug. 9, 2015, and many opponents say that students need time to wind down from the fair before regrouping for school. Other opponents say that the early start of school interferes with students who may be going to the Minnesota State Fair.

Proponents of the proposed calendar say that their children are often restless and ready to go back to school by the end of August and that having longer breaks after the quarter ends will help both students and teachers prevent burnout, especially during the long late winter months.

Another discussion point involves the longer breaks in October and March. For parents who have work conflicts, finding all-day childcare could become an issue.

The Children’s Center and the Albert Lea Family Y both provide child care, but it would be an extra cost to parents who need to utilize those services during the proposed calendar’s breaks.

For Collins, she said she has older children and works overnight shifts at the hospital. The scheduling conflicts wouldn’t affect her, but she said she wasn’t so sure about her children getting out of school in May.

“They get out when it’s nice,” she said, referring to the traditional calendar’s later start date. “They go back when it’s not so nice.”

Want to give input?

The Albert Lea school board has scheduled two of three hearings on the calendar issue:

The composite score is a combined score of the ACT reading, math, English and science sections.