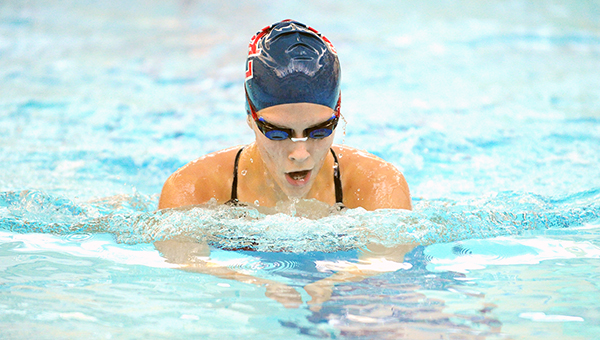 “They have been extremely focused and competitive and have big aspirations beyond high school swimming,” said Albert Lea coach Jon Schmitz.

The Minnesota Swimmer polls are set up to include every swimmer in the state in Classes A and AA through Oct. 4, although some coaches hadn’t submitted times, Schmitz said.

Her 100 breaststroke time was more than two seconds faster than the second-fastest swimmer in the state, and the athletes who swam the second- through fifth-best times were from schools in Class AA. Albert Lea is in Class A. The next-best time in Albert Lea’s class was 1:06.45 by Elisa Burgstahler of Dassell-Cokato.

In the 200 individual medley, Horejsi’s time was 1.91 seconds faster than the second-fastest time swam by Madison Preiss of Wayzata, a Class AA school. After Horejsi, the next-fastest time in Class A was the 12th-fastest time in the state — a 2:11.35 effort by Burgstahler.

“Lindsey is the Class A record holder in the I.M., so I’m not surprised about that, but Anna has really improved, because of her offseason training and improved technique in her start, turns and underwater ability.”

Andersen had the second-fastest time in the state in the 50 and 100 freestyles with marks of 24.01 and 52.23 seconds. However, she’s the front-runner in Class A, as Rachel Wittmer of Edina — a Class AA school — is in the top spot in both races.

In the 50 freestyle, individuals from Class AA hold the top spot along with No. 3 through 19. After Andersen, the best Class A time was 25.14 seconds by Minneapolis Washburn’s Rachel Anderson, which landed her at No. 20 on the list.

Andersen was the only swimmer from Class A to make the top 20 in the 100 freestyle.

The Albert Lea girls’ swimming team’s latest meet was Saturday at the Section 1A True Team Meet at Northfield.

The Tigers took fourth place with 1,528.5 points. The meet was scored so each swimmer in each event earned a point regardless of place. For example, the swimmer who took 43rd place in the 50 freestyle was awarded two points. The format favored large teams.

Visitation won the meet with 2,209 points, and 11 teams participated.

Next, Albert Lea will host Northfield at 6 p.m. Tuesday in its last home meet of the year. 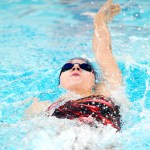 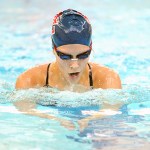