Date for murder trial pushed back over racial makeup of jury

The trial for the Northwood man accused of stabbing his ex-girlfriend to death last summer has been pushed back over ongoing concerns about the racial makeup of the jury pool. 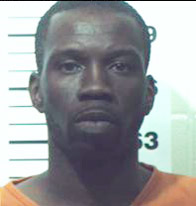 Washington, 40, is charged with first-degree murder of Justina Smith, 30, of Northwood, on Aug. 5, 2013, in Swensrud Park. Washington is African-American, and Smith is Caucasian.

Washington’s lawyer, Charles Kenville, said after looking at the jury questionnaires received from the potential jurors, he found that none of the jurors who answered an optional question about race answered that they were African-American.

He wants more time to review how the jury pool was selected.

Kenville referenced another case he tried in Webster County in August. His client in that case was also African-American, and none of the people who appeared for jury service for that trial were African-American.

“These two cases indicate a significant underrepresentation of African-Americans on Webster County juries,” he said in his motion, noting he would challenge any panel that does not appear to be a fair cross-section of the community.

The percentage of African-Americans in Webster County is between 4 and 5 percent. In Worth County it is less than 1 percent.

Worth County District Court Judge Colleen Weiland moved Washington’s case out of Worth County to Webster County last year in part because of concerns of getting a fair trial in a county with such a small African-American population.

Kenville said he plans to consult with several people in state court administration, the chief judge of the 2nd Judicial District and potentially out-of-state contractors and software vendors. He will also review jury information from trials in the last four years.

“It is in the interest of judicial economy to have this record fully developed prior to trial,” he said. “If the issue is not fully and fairly reviewed by this court prior to trial it may lead to appeals and post-conviction actions that expend precious judicial resources. It is better to get it right the first time.”

Weiland said Washington has a constitutional right to a trial by a cross-section of the community and to a jury drawn without departing from statutory requirements.

She agreed to continue the trial to a later date in the interest of cost savings for the jury panel, Washington, witnesses and others attending the trial.

The new trial date will be set in a telephone scheduling conference at 9:15 am. Oct. 31.