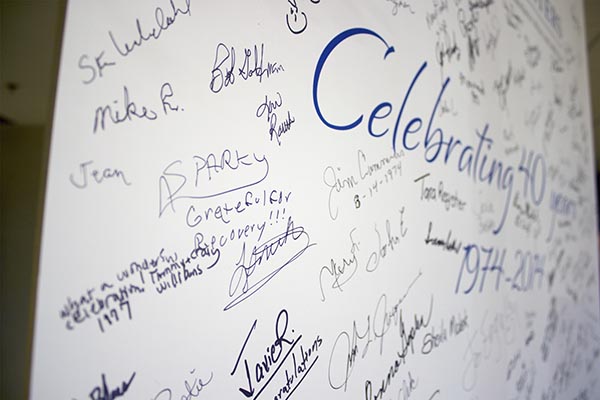 Since 1974, Fountain Centers has been dedicated to helping people struggling with substance abuse and addiction.

Over the course of this year, Fountain Centers has been celebrating its 40th anniversary. This anniversary culminated with a banquet earlier this month.

Fountain Centers began as a committee in 1973, chaired by Stan Haugland of Lake Mills. 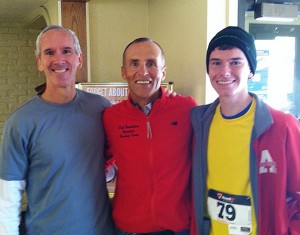 In 2000, Fountain Centers moved to a new 32-bed wing in the Albert Lea Medical Center.

There is also an extended care program in Albert Lea for adults with chronic, relapsing substance abuse problems or those who are at risk for relapsing.

Fountain Centers added alumni connection recently, according to Koziolek. Alumni connection offers guidance, but that started to fall off as clients came from farther distances, such as New Jersey and New York.

In March, 15 alumni, interns and staff went to the Capitol for Recovery Day on the Hill. In April, it was Alcohol Awareness Month and Fountain Centers reached out to the community for education.

In June, Fountain Centers held an an alumni picnic at Edgewater Park, and over 100 people attended.

In August, Fountain Centers hosted a talent show called Recovery’s Got Talent. People from Mankato, Albert Lea and Rochester participated. The finals for the talent show were in September in Owatonna, and a woman from the Albert Lea area won with a rendition of Bobby McGee.

September was also Recovery Month and featured a walk in Rochester and a fall workshop.

Finally, in October, there was the Blazing 5 and 10K, which was a partnership with the Albert Lea Family Y, and a banquet on Oct. 4 featuring guest speaker Dick Beardsley. Beardsley is a runner who also recovered from addiction.

Koziolek said that was immensely important to the person who had been sober for just four weeks.

“We care about you at the lowest point in your life,” she said.

Koziolek said the biggest message Fountain Centers has been striving for is to not judge others or cast them aside, but instead to embrace and help people. Blair said work needs to be done to recognize addiction as a chronic illness.

“Nobody wakes up in the morning wanting to be an addict,” Koziolek said. “We still have a lot of work to do.”